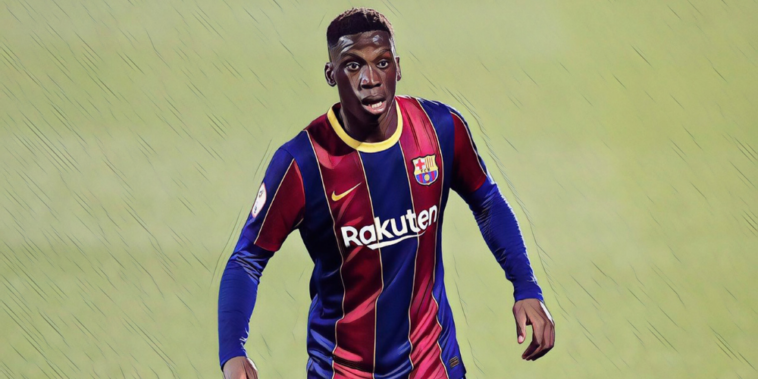 Chelsea and Manchester City are being linked with Barcelona teenager Ilaix Moriba, amid the midfielder’s contract stand-off with the club.

Moriba is into the final year of his contract with the Spanish giants and has refused to sign an extension, with his stance having seen the 18-year-old kept away from first-team training during pre-season.

According to SPORT, who cite the Manchester Evening News, both Chelsea and City are monitoring his situation ahead of a potential move with the Premier League duo prepared to offer Moriba €6m-per-season, double his current salary at the Camp Nou.

Pep Guardiola is understood to be a huge admirer of the player who is regarded as one of Barcelona’s brightest prospects after coming through the academy system, with the youngster having made 18 appearances in all competitions last season after being promoted to the senior side under Ronald Koeman.

However, Koeman has now chosen to exclude the midfielder from senior training however, with Moriba currently preparing for the new season with Barcelona B.

With the current impasse over a new contract in Catalonia and Barcelona’s need to raise funds to combat debts, a deal could materialise this summer that sees Moriba head to the Premier League.