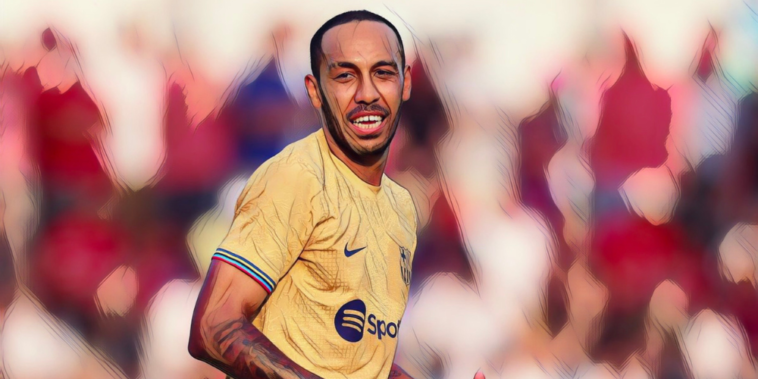 Chelsea are said to be having ‘second thoughts’ over the signing of Pierre-Emerick Aubameyang from Barcelona.

Thomas Tuchel wants to add a forward to his options before Thursday’s transfer deadline and the west Londoners have been in negotiations with Barcelona over a deal for the former Arsenal captain.

Chelsea are understood to have made an offer worth £15m to sign the Gabon international, but have so far failed to reach an agreement with either Barcelona or Aubameyang.

The Athletic are reporting that the Blues are now re-considering the move for Aubameyang, given his wage demands and age. The forward turned 33 in June and there are doubts over the value in the deal, with Chelsea keen to agree a contract containing performance-based incentives.

Tuchel wants to increase his options at centre-forward following the departures of Romelu Lukaku and Timo Werner this summer. Raheem Sterling and Kai Havertz have operated in a central role during the season’s opening weeks, but neither are recognised as an out-and-out forward.

Chelsea also continue to work on a deal to sign Everton winger Anthony Gordon and player-plus-cash deals have been speculated in recent days, though the report says that there is only a ‘slim’ chance that a deal could happen.