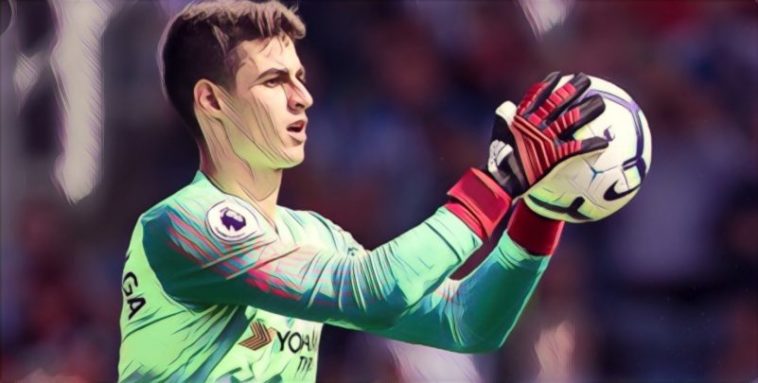 Chelsea goalkeeper Kepa Arrizabalaga has insisted that he is not concerned with his £71 million price tag.

Kepa became the most expensive goalkeeper of all time when he moved to Stamford Bridge from La Liga outfit Athletic Bilbao in early August.

However, the Spain international has insisted that he pays no attention to the hype surrounding the fee Chelsea paid for his services.

“No, I am not worried about my price. I just focus on my own game,” He told Spanish publication AS.

“It is a price that is that because the market is like that. Higher and higher figures are being paid and I see it as a consequence of the market.”

The 23-year-old shot stopper has also revealed that having some of his international teammates from the Spanish set up at Chelsea has helped him hit the ground running in the Premier League.

“It is important that there were team-mates in the team that I already knew before,” he added.

“Cesar Azpilicueta and Alvaro Morata, people like that. With their help, it has made it easier because entering a dressing room where you already know people has helped me to make a fast start.”