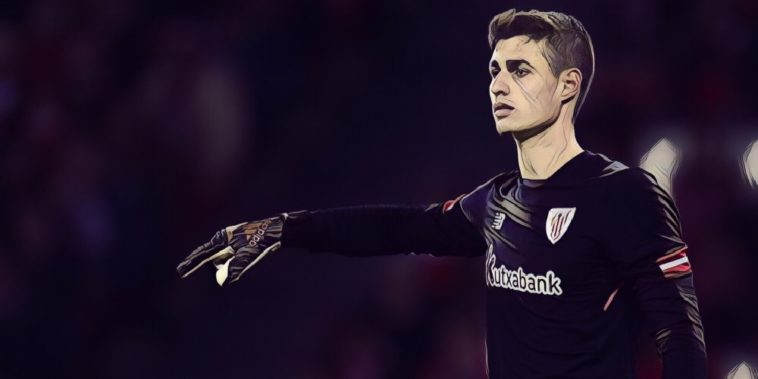 Chelsea are closing in on making young Spanish ‘keeper Kepa Arrizabalaga their new number one in a stunning £70 million deal.

Chelsea are in desperate need of a new number one goalkeeper, with Thibaut Courtois desperate to leave the club and having gone AWOL in order to force a move to Real Madrid.

The Belgian is into the final year of his contract at Chelsea, and has made it quite clear that he wishes to return to Spain in order to spend more time with his children who live in the Spanish capital with their mother.

Despite Chelsea being willing to let Courtois move to the Bernabeu, they will only do so providing they can land a replacement.

The Blues have been linked with a plethora of ‘keepers in the last 24 hours, with Jack Butland and Jan Oblak the biggest names in the frame. However, with less than 48 hours remaining in the transfer window, reports in Spain have thrown Kepa Arrizabalaga’s name into the mix.

The Athletic Bilbao ‘keeper was heavily linked with a move to Real Madrid back in January, but instead decided to sign a new deal with the Basque club with a whopping new €80 million release clause included.

However, with Chelsea desperate to land a ‘keeper before Thursday’s 5 pm deadline, Marca claim that they are willing to pay the release clause and have offered him a deal to move to Stamford Bridge.

It is claimed that Chelsea have offered him a five year deal worth €6 million-a-year, well in advance of what he currently earns at Bilbao.