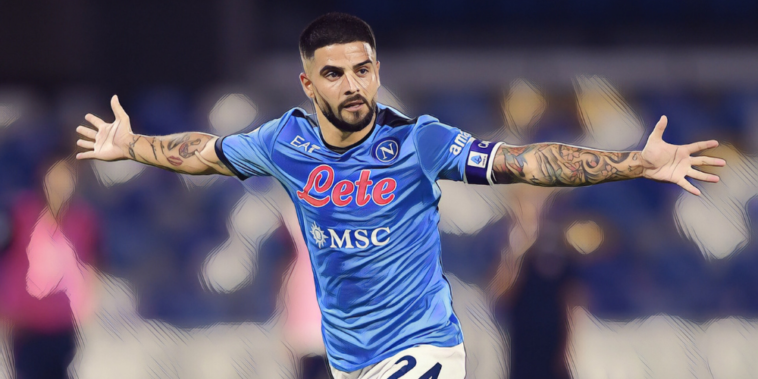 Chelsea are believed to be interested in bolstering their attacking options with the signing of Napoli ace Lorenzo Insigne next year.

The Italy international played a starring role for his country over the summer as Roberto Mancini’s men clinched Euro 2020 success, the diminutive forward netting twice en route to the final where the Azzurri overcame England at Wembley via a penalty shootout.

Now a key man at international level, the 30-year-old has long been a pivotal figure in Naples and is currently captain of the Serie A side under manager Luciano Spalletti, having spent his entire career at the club since making his debut in the 2009/10 campaign.

That lengthy stint has seen him net 111 goals in 405 appearances for the club in all competitions, while he has also claimed two Coppa Italia trophies in that time.

Despite a strong start to the current campaign, with Napoli currently top of the table after winning all six of their league fixtures, Insigne’s future has been thrown into doubt by reports that he could well be angling for a move at the end of the season.

As per Fijaches, Chelsea are said to be keen on landing the Italian next summer, with the player’s contract set to expire in less than 12 months time.

The report suggests that Thomas Tuchel views Insigne as a player who can make an impact both in his usual left-wing berth, but also occupy a central role.

The west Londoners can negotiate a pre-contract agreement to sign Insigne on a free transfer from as early as 1 January, should he fail to agree a new deal at his current club.

An extension to stay in Italy appears to be looking less and less likely for the forward, with Napoli having so fair failed to meet his financial expectations.

Any move for the winger would likely see an exit for one of Chelsea’s current first-team stars, with the likes of Timo Werner and Hakim Ziyech having been linked with departures in recent months.