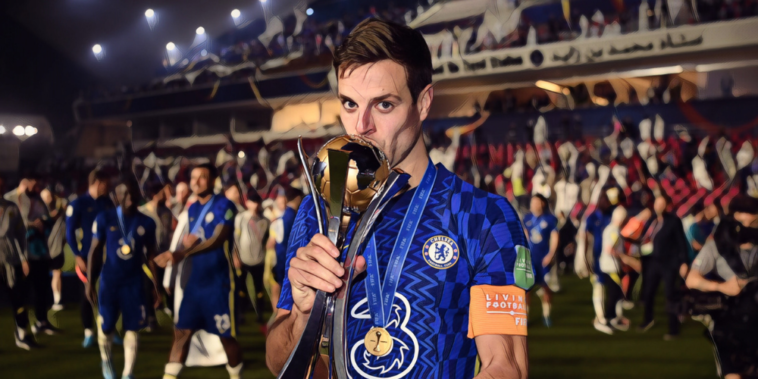 Thomas Tuchel has praised Cesar Azpilicueta as a ‘relentless warrior’ and says the defender remains ‘super important’ to his Chelsea side.

Azpilicueta captained Chelsea to Club World Cup success after beating Palmeiras last week, with the full-back completing a full set of major honours since his arrival at Stamford Bridge in 2012.

The Spain international has now won the Premier League, FA Cup, League Cup, Champions League, Europa League, UEFA Super Cup and Club World Cup at Chelsea, though his future remains uncertain as he approaches the end of his contract.

The 32-year-old has so far failed to agree a new deal and has been linked with a return to Spain when his contract expires this summer, but Tuchel has hailed the ongoing importance of his captain to the side.

“He’s always important, he is super important since day one. We had a good connection from the first day,” Tuchel told his pre-match press conference ahead of Chelsea’s clash with Crystal Palace.

“He gets better with every game he plays, he leads by example which is always super nice to have.

“Now he has collected so many trophies and an incredible career at one club which is outstanding.

“He embodies everything that Chelsea stands for, being relentless, humble and a warrior at the same time.