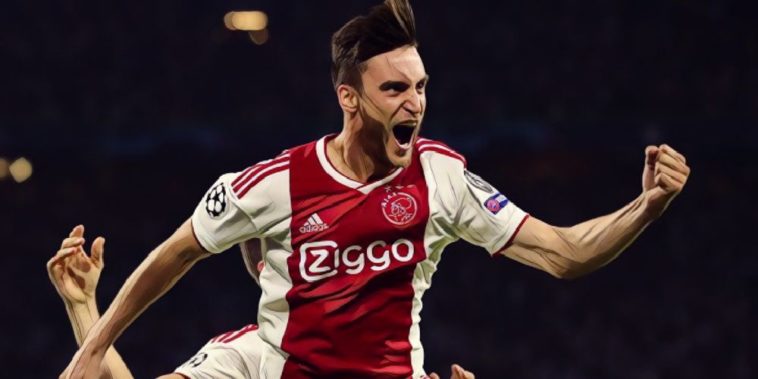 Chelsea have reportedly been advised of an opportunity to sign Ajax’s Nicolas Tagliafico for just £22.4m, as Frank Lampard considers his options to strengthen at left-back this summer.

The west London side have made the signing of a new left-sided full-back a priority, with neither Marcos Alonso or Emerson Palmieri having convinced Lampard of their abilities to be a long-term part of his plans at Stamford Bridge.

Leicester’s Ben Chilwell had emerged as Chelsea‘s primary target for what has proven a problem position, though the England international still has several years to run on a long term contract at the King Power Stadium and is valued at more than £40m.

According to the Telegraph, Chelsea have been offered a cheaper alternative in the form of Ajax’s Tagliafico, the Blues having been informed that they ‘could sign’ the Argentine for just £22.4m.

Tagliafico has impressed since moving to the Netherlands from Independiente two years ago, playing a crucial role in Ajax’s domestic double and run to the semi-finals of the Champions League last season.

The 27-year-old has been linked with a host of Premier League sides including both Arsenal and Tottenham, though Chelsea could now make their move to pip their London rivals to his signature.

The report does, however, add that it ‘remains to be seen’ whether Lampard is in fact interested in the player, with the more expensive Chilwell remaining his preferred target. A move to Stamford Bridge would see Tagliafico join current Ajax teammate Hakim Ziyech at Chelsea next season, the Moroccan international having already agreed to a £37m move this summer.