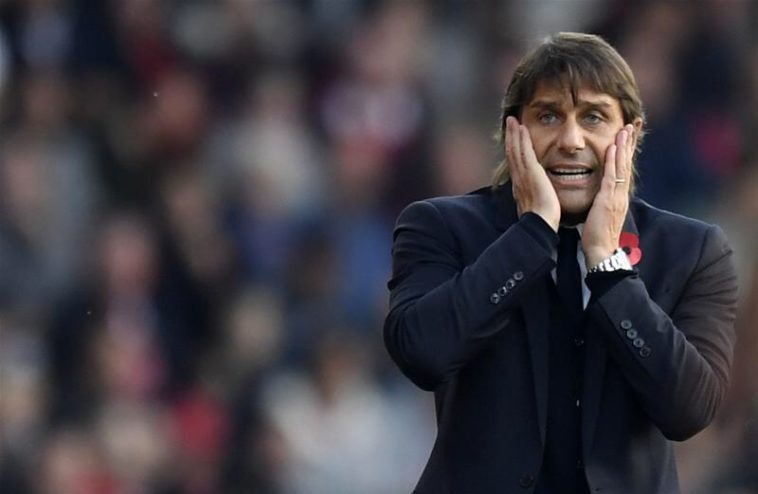 If we tried to define something as shocking and not shocking at the same time, Burnley’s 3-2 win over defending champions Chelsea would be the textbook definition.

It’s shocking because Burnley was 16th place last year when Chelsea won the title. A one-year difference shouldn’t make too big of a difference in competition.

However, it’s not shocking to Chelsea fans who’ve seen a collapse happen after José Mourinho’s Chelsea mark II that won the Premier League in 2014-15. It was expected after a lack of reinforcements to improve the squad.

I was away for the weekend for work, and I unfortunately had to miss the first game of the season. It may have been a blessing in disguise because I wasn’t prepared for a roller coaster of emotions by watching it live.

In the end, I caught a replay of the match, and here are five things we learned from Burnley’s surprisingly unsurprising 3-2 win.

Michy Batshuayi was given the nod over new striker Alvaro Morata, largely due to a lack of match fitness and a familiar face in the Spaniard. The Belgian was ineffective during his time on the pitch. A horrendous first touch caused him to lose possession once he received it. He hardly contributed, especially when Gary Cahill received a red card to leave Chelsea with only 10 players.

Morata was subbed on in the 59th minute, but the damage had already been done. Nevertheless, the 24-year-old forward made a difference in Chelsea’s attempt at a comeback. Morata found himself in the right positions, notching a goal and an assist in his debut for the Blues.

With Tottenham coming up on Sunday, Antonio Conte needs to make a choice between the two strikers once again. Batshuayi acknowledged his bad game and saying that he needed to improve. Maybe there is space for both on the pitch together, especially with a lack of depth in Chelsea’s first-team squad.

Want to play midfield for Chelsea? They might need you

Cesc Fàbregas earned a foolish second yellow card with a late tackle against Burnley, bringing the team down to only nine men. This creates a huge problem for Chelsea going into the big matchup against Tottenham at Wembley: who’s going to play in the midfield?

N’Golo Kanté is ready to go, but his partner(s) remains to be seen. Fàbregas is suspended, and Tiémoué Bakayoko has been injured. The Board sold Nemanja Matic and Nathaniel Chalobah, and Lewis Baker and Ruben Loftus-Cheek are on loan elsewhere. This leaves Kanté all alone in the midfield.

There are three options that come to my mind, and none of them give me any confidence. Chelsea might have to lean on Willian to play in the midfield, but he’s better suited in a more attacking role. David Luiz played in the midfield during the forgettable Rafa Benitez days, and could slot in, but that would leave a defence of Antonio Rüdiger, Andreas Christensen, and César Azpilicueta.

The last option would be for the debut of the young and probably-not-ready Kyle Scott in one of the biggest matches of the season. If Ryan Bertrand could make his first start for Chelsea in a Champions League final, Kyle Scott could maybe do it to…not really.

Please heal up, Bakayoko. I see you training lightly at Cobham. We need you more than ever.

Cahill’s red card was harsh. Yes, it was a studs-up challenge, but hardly any impact was made with the boot. Craig Pawson immediately blew his whistle and sent Chelsea’s captain off the pitch. More time should have been taken to think before a decision was made.

Ben Mee made a hard tackle on Morata and only received a yellow card. Inconsistent refereeing is the worst kind when you don’t know what to expect from an official.

Pawson isn’t to blame for the result of the match, but there needs to be a way to hold referees accountable for the mistakes that they make when officiating matches.

That being said, Cahill made a stupid mistake by making a tackle like that. I just think it was only worth a yellow card.

I think there is no middle ground for Chelsea. They’re either firing on all cylinders, or the engine has blown.

Cahill’s red card was the moment the Blues fell apart. On a normal day, the club wouldn’t allow three goals to Burnley. The team spiralled.

It translates to fans who believe the season is over after one game. Many factors come into play. Chelsea is about to go through a difficult section of the schedule starting with Tottenham away, and the silence in the transfer market has fans on edge.

Both players and fans need to remember it’s only the first game of the season. Conte and the players already know they need to work harder than ever for this season. There are still 37 games left in the season, along with Champions League and Cup matches.

I can’t say everything will be okay in the end, but it’s too early to say it won’t be. Don’t sweat it right now.

Going down three goals to Burnley is unexpected. Trailing by that much against any team is difficult to come back from. Chelsea were close, and scored two goals to make the game seem somewhat close.

Chelsea don’t have Cahill for three games, but Rüdiger played well, and it will be exciting to see him get a run of games during the English defender’s suspension.

Victor Moses will be returning to the lineup after serving his one-game suspension, and Azpilicueta can move back to his regular spot at right center-back.

Defeating Tottenham will be hard to accomplish, and it probably won’t happen given the state of Chelsea’s injury list. The near comeback by the Blues show that the light at the end of the tunnel is near. Chelsea should be able to figure things out and be the powerhouse they’re supposed to be.