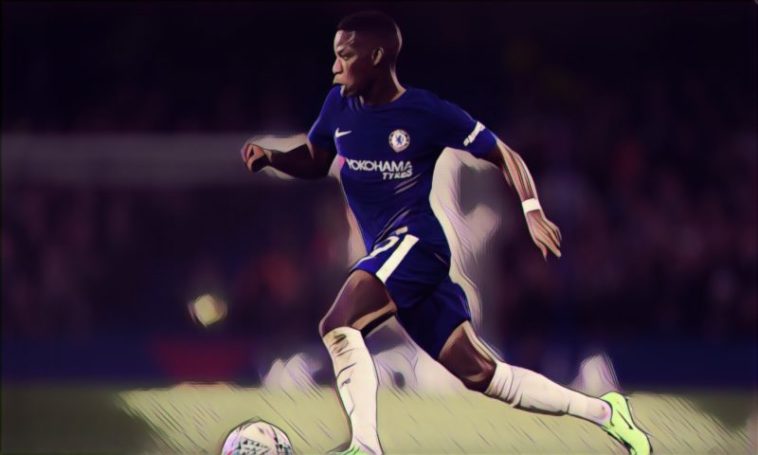 Chelsea’s Charly Musonda says he is still ‘100% confident’ of making a breakthrough at the club.

The 22-year-old will spend a second successive loan spell at Dutch side Vitesse Arnhem, having previously enjoyed temporary stints at both Real Betis and Celtic.

The winger has been plagued by injuries in recent times, making just four appearances last season, and Musonda admits it had been a difficult period in his career.

“The last year has been the toughest of my life,”he told the Independent.

“I’ve suffered a lot this year. Sometimes, it can get very lonely. Every morning I woke up with the same thought: to play. It’s only when it’s taken away that you understand how much you love football. I didn’t realise how much I could miss it.”

Musonda was once tipped as a star of the future after joining Chelsea as a teenager in 2012, but his progress has drastically stalled in recent seasons. Having missed the majority of the past two seasons though injury, the Belgian is determined to get back to full fitness and fulfil his potential at Stamford Bridge.

“I know people will doubt me because, after a year-and-a-half, they don’t know if I’m still the same player, butut deep down, I know how good I can be.

“I want to show the world what I can do and, if I prove I’m still the same Charly Musonda, I’m 100% confident I can break back into the Chelsea team.

“Maybe it’s me being a bit naive or overconfident or just believing I can do it, but that has been my dream since I was 15 years old and that’s never changed. I want to wear the Chelsea shirt one more time.”

Batshuayi keen to fight for a place in Chelsea team