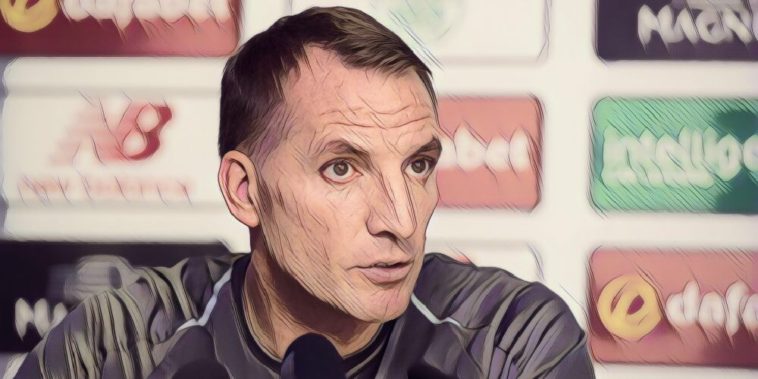 Celtic manager Brendan Rodgers has revealed that he quite often suffers sectarian abuse at grounds around Scotland.

The issue of fan behaviour in Scottish Football is high on the agenda after ugly scenes marred the Edinburgh Derby last Wednesday night.

Former Celtic boss and current Hibs manager Neil Lennon was hit with a coin thrown from the crowd and Hearts goalkeeper Zdenek Zlamal was punched in the face by a fan as he went to collect the ball to take a goal kick.

Rodgers, who hails from a half Catholic half, Protestant family in Northern Ireland, admitted Walker’s statement is correct and that he hopes the SFA do something to put a stop to the physical and verbal abuse at games.

“Whatever your religion is and wherever you’re from and whatever your personality as a manager, it doesn’t matter. You shouldn’t be subject to that. It’s irrelevant,” Rodgers told reporters ahead of his sides games against Hearts.

“But I’m sure authorities and everyone will try and improve on that because it’s not an image of the game we would want up here. I’ve been up here two-and-a-half years and it’s been a brilliant place to work and live.

“But of course it can’t overstep the mark. You come to a football pitch, you’re in to do a professional job, you want the intensity, the passion, but you have to be protected as a player and a manager in that environment.

“I get quite a bit of abuse as well but my focus is very much on the game. That’s not right or wrong – it’s just my way, other managers are different. But ultimately you have to be able to work without the threat of being hit with a coin or a punch.”

As a half Irish, half English owned website, we normally stay out of covering stories like this because it quite often leads to sectarian abuse from one side or another, but seriously lads it’s 2018 – grow the f*ck up!