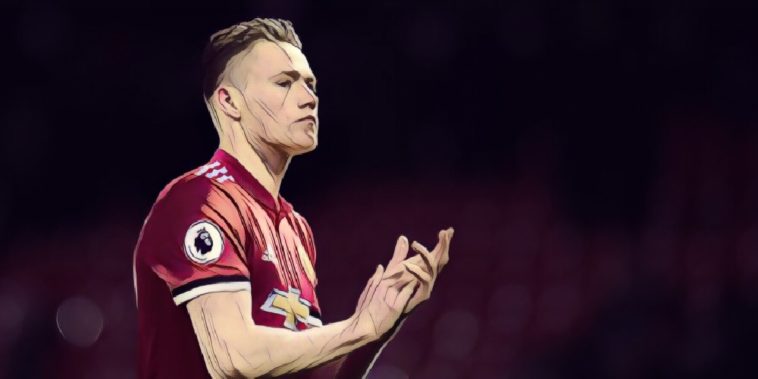 Celtic are eyeing up a loan move for Manchester United midfielder Scott McTominay in a bid to strengthen their Scottish Premiership title bid.

It hasn’t been the best of seasons for Celtic in the league by their own high standards, although they are still atop the Scottish Premiership table ahead of Rangers, but only on goal difference, although the Hoops do have a game in hand.

In a bid to boost their hopes of an eighth consecutive league title, Brendan Rodgers is reportedly interested in signing Manchester United‘s Scott McTominay on loan until the end of the season.

The midfielder was a breakout star under Jose Mourinho last season, making 23 appearances for the Red Devils, with the Portuguese having utilised him in a variety of positions, including as a centre-back.

His form for United last season saw him become a full Scotland international, although he has seen his game time severely restricted this season, making just three Premier League appearances to date, leaving the 22-year-old looking elsewhere for opportunities, with the Daily Mail reporting that a move to Park Head is on the cards.

It is thought that United would be willing to send him out on loan for the remainder of the season, although that could change if they were to receive a reasonable bid for Marouane Fellaini, who does not feature in Ole Gunnar Solskjaer’s plans.