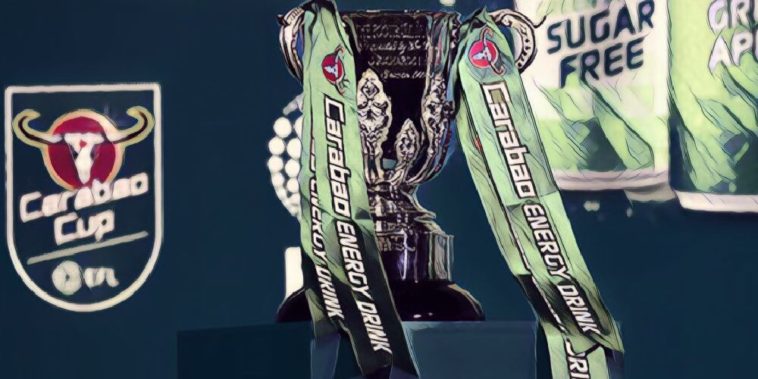 The draw for the semi-final of the Carabao Cup has thrown up two tasty looking derbies, with Manchester City and Manchester United set for a repeat of last season’s last four meeting.

The last eight was a largely Premier League affair, with only Stoke City and Brentford featuring in the quarter-finals from outside the top flight.

However, the Bees sprung somewhat of a shock by booking their place in a first-ever semi-final of a major tournament by disposing of Steve Bruce’s Newcastle United, Thomas Frank’s side dumping out a fourth top flight side from this season’s cup competition.

Manchester City continued their pursuit of a fourth successive League Cup triumph with a resounding 4-1 win over an out-of-form Arsenal, while Jose Mourinho maintained his pursuit of a fifth league cup as his Spurs side beat Stoke on a typically wet Wednesday evening in the Potteries.

Meanwhile, having reached the semi-finals of three competitions last season, Manchester United booked their place in yet another having left it late to beat Everton 2-0.

Draw for the Carabao Cup semi-final:

The League Cup semi-finals will be played over just one leg in early January as opposed to the usual two, with the final having been put back until April in the hope that fans will be able to attend the decider.