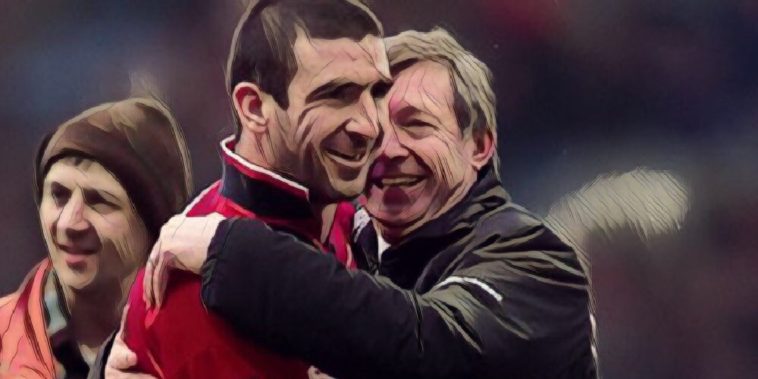 Eric ‘The King’ Cantona has revealed that the key to his happiness was that Sir Alex Ferguson allowed his Manchester United players to play with ‘total freedom’.

It is without a doubt that Sir Alex Ferguson is one of the greatest managers that the footballing world has ever seen, and Eric Cantona was one of his greatest ever students.

Sir Alex guided Manchester United to 13 of their 20 league titles, as well as two of their three European cups, in a period of dominance that is likely to never be seen again in English football.

One of the catalysts for that success was the arrival of Eric Cantona from bitter rivals Leeds United, who would ultimately be at Old Trafford for United’s first four Premier League title wins, with the mercurial Frenchman being able to produce the sublime, the outrageous and the ridiculous at any given moment.

However, the former Man Utd number 7 has said that was only able to ‘tolerate football’ due to the fact that Ferguson allowed his team to play with ‘total freedom.

“All the time, I get asked the same questions about my career,” he wrote in his Players’ Tribune column. “‘What was it like playing for those United teams? Why did you do so well?’

“People want some kind of complex answer. They want some kind of secret, I think. But the answer is very simple. Sir Alex Ferguson was the master of one thing: Whenever we took the pitch for a match, after hours and hours of work, we were allowed to be free. We felt total freedom to move where we wanted, to play how we wanted.

“I could tolerate football no other way. What is football if it is not about freedom?”