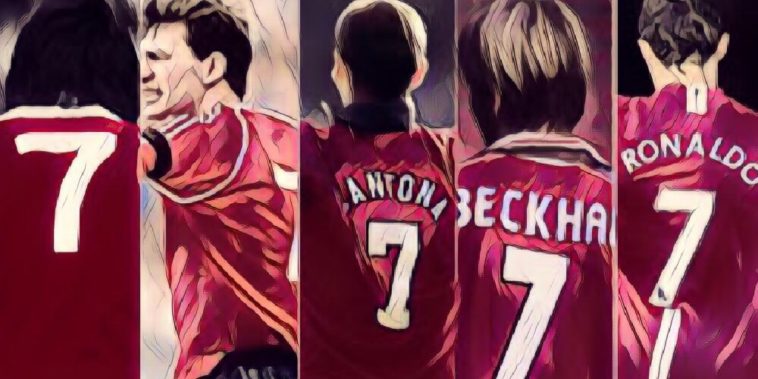 Alexis Sanchez is the latest owner of the famous number 7 jersey at Manchester United, but it is a shirt with a heavy history with some of the best players to ever grace the game to have worn it.

Can Sanchez break his way into this list, or will it weigh heavy on his shoulders like it has with some of its previous owners. Here are five of the best Manchester United number 7’s.

Those that watched ‘the Belfast Boy’ in the flesh often say he was the best footballer they have ever seen. Better than Pele, better than Maradona, better than Messi…the very best!

It is often asked how good he would have been if he were able to play on the carpet like surfaces of today.

With the number 7 on his back, he is one of only four Manchester United players to ever lift the Balon d’Or.

Best by name, Best by nature!

Check out 10 of the best George Best quotes

Bryan Robson, Robbo, Captain Marvel. Whatever you want to call him,  he was another famous occupant of the famous number 7 jersey.

Unlike many of its more recent wearers, who have predominantly being wingers and strikers, Bryan Robson was an all action central midfielder. A good goalscorer, brave, energetic, combative and a solid header of the ball.

Not only that, but he was a leader on the pitch, and is still to this day, the clubs longest serving captain.

Ok, I will add more than that. Despite his relatively short Manchester United career, his influence was immeasurable. Joining in 1992 from bitter rivals Leeds, he was seen as a bit of a gamble, but the flamboyant Frenchman was the catalyst for that was to come during the 1990’s and 2000’s and Manchester United.

Winning four Premier League titles, and two FA Cups in five years, scoring 80 goals in the process. Cantona was an icon, a persona, a character, a magician, a legend.

Two years after he retired aged just 30, United went on to win their second European crown, and while the class of 1999 were amazing in their own right, its doubtful that any of it would have been possible if it weren’t for Cantona’s exploits.

After wearing the number 10 jersey for a while, Beckham wanted the number 7 after Cantona’s retirement in 1997.

Scoring 85 goals and an incredible 152 assists in 394 appearances, the United academy product had a wand of a right foot. He may even be the best striker of a ball that the game has ever seen.

Often remembered as a right winger, ‘Golden Balls’ was more often in the right place at the right time both in and out of the box.

He was eventually sold to Real Madrid in 2003 after Sir Alex Ferguson grew increasingly worried about his celebrity status, but despite this, Beckham is definitely one of the finest players to ever wear the famous number 7 shirt.

Joined United in 2003 for £12.75m after impressing United stars in a preseason friendly against Sporting Lisbon. Despite being just 18 at the time, Ronaldo was awarded the number 7 shirt and within minutes it was clear to see why.

His trademark tricks, flicks and step-overs saw him kicked all over the pitch, but he just kept getting up time after time.

He spent six years at United, scoring an impressive 118 goals in 292 appearances, an achievement made all the more impressive considering 103 of those came in his final four years at the club. During his time, he won three Premier League titles, one FA Cup, three League Cups, one Champions League and the club World Cup. On a personal level, he became only the fourth, and most recent Man Utd player to ever win the Balon d’Or.

He eventually moved to Real Madrid where he has gone on to even greater things, but he always maintains his love and adoration for the Red Devils, whose fans in turn still sing his name. Viva Ronaldo!

10 of the best quotes about Cristiano Ronaldo