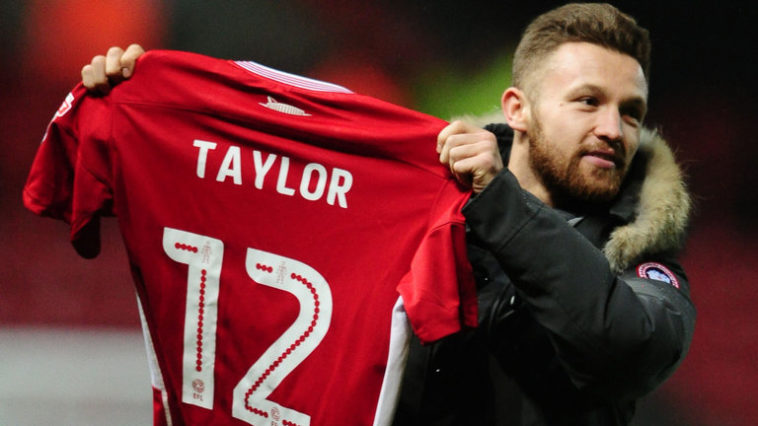 Following the departure of Tammy Abraham, Bristol City will be in search of goals next season. After scoring 23 goals for the club last season, striker Matty Taylor has big boots to fill. But the question remains, Can he do it?

Last season Chelsea loanee Tammy Abraham scored 23 league goals for the club. In what was his first full professional season, the 19 year-old was nothing short of impressive. During last summer’s transfer window, Bristol City brought Abraham in on a season-long loan. The striker then returned to parent club Chelsea at the end of last season.

Upon completing an impressive season at the Bristol club, Abraham has attracted wide interest from a variety of clubs. None the less the youngster boasted a natural goal-scoring ability.

As for striker Matty Taylor, he shall want to step-up and fill the goal-scoring void next season. The forward shall more than likely receive his opportunity next season, however he shall need to make quite the impact in-order to establish a place in the starting XI.

Making his mark across the city

On January 31st Matty Taylor signed for Bristol City, departing arch-rivals Bristol Rovers to make a huge and historical move across the city. Taylor became the first player to sign for City from Rovers, since Trevor Morgan back in 1987.

Prior to signing for City, Taylor had lit up the football league for two seasons at the Memorial stadium. Additionally he would also play a pivotal part in the club’s instant return to the football league in 2015. Then in his second season at Rovers he scored 27 league goals, once more guiding the club to a second successive promotion to League 1.

Just before departing the club back in January, Taylor culminated his Rovers career with 16 league goals at the mid-point of last season. Overall Taylor made 134 appearances for Bristol Rovers, scoring 68 goals.

Already boasting a notable goal-scoring ability, Taylor will need to ensure that he can reimburse the goals.

While he is still unproven at Championship level, there is no reason why the 27 year-old can’t find his feet and the back of the net.

Can Taylor play a vital role part next season?

Last season Bristol City manager Lee Johnson saw his side finish 18th. Despite a strong start to the season, by January the club were facing a relegation battle with just 27 points to boot. However within the final weeks of the season their fortunes changed for the better. Ultimately Johnson guided the club to survival.

Regarding next season, one shall have to wonder what Bristol City are aiming for? At this point it is far too early to be pondering finishes for next season. However,I would not put it past City to aim for a mid-table finish.

There is no doubt that the club shall want to avoid flirting with relegation once more. The second-tier of English football can be a cruel entity.

With the transfer window opening in a few short days, there shall be some activity from manager Lee Johnson. But what role can Matty Taylor play for the club next season? Is it in his realms to become the club’s marksman? Only time will tell if the former Pirates striker can come to fruition at Ashton Gate.

Bristol City fans: Do you think Matty Taylor can become the clubs talisman? Can he prove himself worthy of a place in the starting XI? Let us know…….