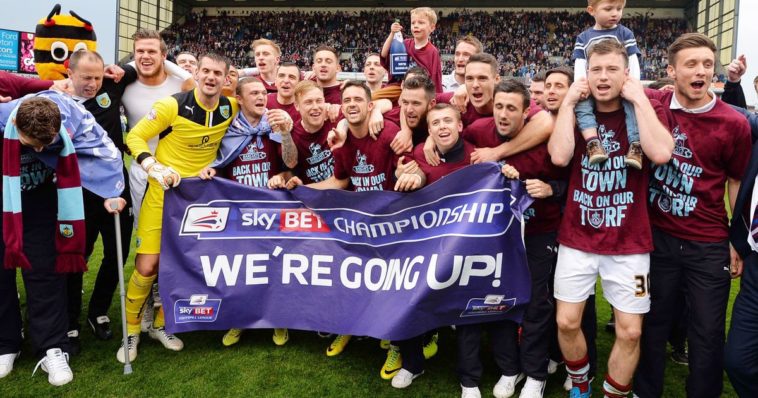 When Burnley took to the field on a frightful day back on 9th May 1987 to take on Leyton Orient, with the threat of dropping out of the Football League staring them in the face, no one would have predicted the meteoric rise the Clarets have had since.

Burnley took to the field against Leyton Orient knowing nothing else than a win would do. They also needed Lincoln City to slip up, and that they did.

In front of what was a packed Turf Moor, Neil Grewcock netted to send Clarets fans into delirium, before cult hero, Ian Britton, doubled the Clarets lead, which went on to be the goal that secured Burnley’s Football League status.

In what was terrible news, Turf Moor legend, Ian Britton, has now sadly departed us, but his impact on the small East Lancashire club will never be forgotten. Without Britton’s goal, the club all Burnley fans know and love would most likely not be here today.

It was the fourth division the Clarets remained in until 1992, when under the guidance of Jimmy Mullen, Burnley won the Old Fourth Division, which earned the Clarets the tag of being only the second team to have won all four divisions.

A famous night in York will be etched in the memory’s of Burnley fans for as long as live. 8000 Clarets made the trip across the Pennines to York the see Burnley win 2-1 and claim the title in the process. This lead to one of the most famous commentary lines in Burnley’s history, “They came in their thousands and they’re going home as Champions!”

John Francis’ goal in front of the travelling Clarets fans sparked a celebration that will live long in the memory if any Burnley fans who were there on that night, when he jumped up on the fencing on the away end to celebrate with delirious Clarets fans.

Mike Conroy’s 29 goals were enough to see Burnley over the line and earn promotion to the Second Division, as the Premier League was introduced, but still a distant dream for any Burnley fan, but little did they know, their assault on the Football League had begun.

After just two seasons in the Second Division, Burnley were a First Division club, beating Stockport County at the Old Wembley to claim a spot in England’s second tier.

The Clarets were rank outsiders in the Play-Offs after just sneaking in to claim Sixth spot, but after dispatching Plymouth Argyle over two legs, the 25,000 strong Claret army who travelled down to North London, were confident of returning to East Lancashire as a First Division side.

Despite falling behind inside 10 minutes, the Clarets showed fighting spirit to claw the game back to 1-1 through David Eyres, before the one and only Gary Parkinson scored what turned out the be the winner, sending Burnley fans into raptures, ensuring a happy journey back up the M6.

Success was short lived though, Burnley’s first season back in the First Division ended in disappointment. A 22nd place finish saw the Clarets return back to the Third tier of English football, where they would remain for another five years.

However, in 2000, under the guidance of Stan Ternent, Burnley were back! A scintillating campaign saw the Clarets finish campaign as runners-up, with Andy Payton the star of the show throughout the season, netting 27 goals, which has only been bettered by Charlie Austin since then.

Promotion was sealed away at Scunthorpe, where the Clarets once again fought back from a goal down to claim all three points courtesy of Micky Mellon and Glen Little, to once again send an army of Clarets home happy.

England’s second tier is where the Clarets would remain until 2009, when Owen Coyle revolutionised Burnley to guide them to the Premier League against all odds.

After a successful campaign, Burnley finished up in fifth place and faced the tricky prospect of playing Reading over two legs to book their place at Wembley, but they overcome the hurdle to secure what promised to be a fantastic day out at Wembley.

In front of over 30,000 Clarets fans, Wade Elliott sparked the game into life, scoring a 25 yard screamer past the hapless Paddy Kenny to put Burnley 1-0 up, and that was how it stayed. For the first time in their history, Burnley Football Club were a Premier League club.

Their maiden season in the top flight was short-lived however. After a promising start to the season, manager, Owen Coyle, did the dirty on Burnley and departed for Bolton, who below the Clarets at the time. For that, he will never be forgiven for.

His replacement, Brian Laws, was nothing short of hopeless and Burnley were back in the Championship.

After staving off relegation in 2013, Burnley were one of the favourites to go down the season after, but Sean Dyche’s Burnley took everyone by surprise, blowing teams away to secure a return to the top flight.

After selling star man, Charlie Austin in the summer, in a desperate bid to raise funds, the season was looking bleak for the Clarets before it begun, which could have disheartened the players, but under Sean Dyche, that was never going to happen!

A victory over Wigan, courtesy of Ashley Barnes’ goal of the season and Michael Kightly’s free kick was enough to see the Clarets back to the big time and on a shoe string budget, Sean Dyche had done the impossible.

Yet again though, Burnley returned back to the Championship at the first time of asking, but with Sean Dyche still at the helm, optimism remained around Turf Moor that the Clarets would be back sooner rather than later.

2015/16 was one the most successful seasons as a Burnley fan for some time. Burnley sealed the title, but the season didn’t come without it’s difficulties.

After a 3-0 defeat at Hull one Boxing Day, the Clarets were fifth in the table and it looked like they would be settling for just a Play-Off place. However, a remarkable run of 23 games undefeated followed the boxing day mauling by the Tigers and Burnley were Champions of the Football League!

A final day victory over already relegated Charlton meant the Clarets were Champions and two days later, thousands upon thousands lined the streets, as Burnley were presented with ‘The Lady’.

During the season, Burnley turned in a £30+ million profit, as the club announced that they were debt free, some transformation from in 1987, when Burnley nearly went out if existence!

The Claret’s return to the Premier League has been nothing short of remarkable. They sit 12th in the league, nine points above the drop zone. No Burnley fan would have envisaged the remarkable season which the club has had so far.

As a marker of how the club has come, Burnley’s transfer record has been broken three times in the past 18 months, firstly on Andre Gray, then Jeff Hendrick and most recently, Robbie Brady.

It really has been a great time to be a Burnley fan of late, and long may it continue. Up the Clarets!