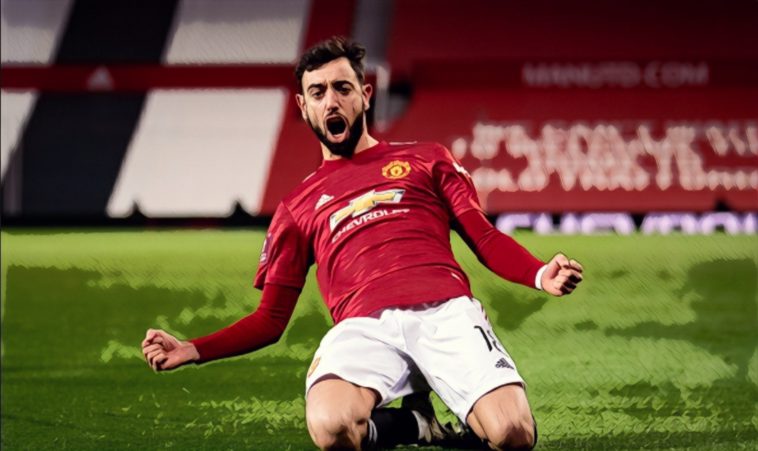 Bruno Fernandes’ importance to Manchester United has been well-documented since the midfielder’s arrival into the Premier League, quickly establishing himself as one of the division’s best and the central figure in the Red Devils’ side.

Fernandes has produced at a remarkable rate since signing from Sporting Lisbon and has provided 22 goal involvements in just 23 appearances this season, leading his teammates for both goals and assists.

The Portugal international could join an exclusive list of Red Devils players to lead both rankings throughout an entire Premier League season, a feat that has been achieved by just four players previously.

Here are the four players to have led Manchester United for both goals and assists in the Premier League era:

Fernandes’ impact at Manchester United has earned the midfielder comparisons with Eric Cantona, a player widely recognised as being the catalyst behind the club’s early dominance of the Premier League.

Cantona signed from rivals Leeds during the Premier League’s inaugural season and helped inspire Sir Alex Ferguson’s side to a first league title in 26 years, before reaching even greater standards the following campaign as the Red Devils won a domestic double.

Cantona finished the 93/94 season with a career-best 18 league goals and provided 12 assists for his teammates, the latter figure the second highest of any player in the division behind only Newcastle’s Andy Cole – a player who would later become his teammate at Old Trafford.

The Frenchman formed a fine partnership with Mark Hughes in attack and his performances were recognised at the end of the campaign with the PFA Player of the Year award, finishing the season with 25 goals in all competitions and with both Premier League and FA Cup winners’ medals.

Arsenal provided Manchester United with the latest threat to their dominance of English football in the nineties, securing a domestic double during Arsene Wenger’s first full season in charge of the north London outfit.

United had won four of the previous six league titles and responded to the Gunners’ triumph by signing Dwight Yorke in a club-record deal from Aston Villa in 1998.

Yorke had impressed for the Midlands side after switching to a central striking role and added more firepower to an already formidable squad, joining Andy Cole, Teddy Sheringham and Ole Gunnar Solskjaer amongst the club’s attacking options.

Yorke’s debut season saw him inspire the Red Devils to a historic treble-winning season, forming an iconic partnership with the aforementioned Cole as United won the Premier League, FA Cup and Champions League.

The Trinidad and Tobago international finished the campaign as the joint-leading scorer in the Premier League to win the Golden Boot and was named as the division’s Player of the Season, whilst his 11 assists were the joint-most of any United player alongside David Beckham.

Wayne Rooney is one of just three Premier League players – alongside Ryan Giggs and Frank Lampard – to have reached over a century of both goals and assists in the division, the forward one of the greatest English players of his generation following a glittering career in the game.

Rooney spent more than a decade as a Manchester United player and became the club’s record goalscorer after netting 253 goals in all competitions, finishing as their leading scorer in four separate league campaigns.

Rooney was far more than just a goalscorer, however, and regularly dropped deep to get involved in the play, finishing as the Red Devils leading goalscorer and assist provider during a 2013/14 season that delivered 27 goal involvements.

The former England captain’s return was not enough to prevent the Red Devils finishing seventh, however, their lowest ever position in the Premier League era as the appointment of David Moyes proved short-lived.

Paul Poga may have had more than his fair share of critics since arriving at Manchester United in a world-record deal from Juventus, but the midfielder’s performances during the 2018/19 season earn him inclusion on this exclusive list.

The France international was provided with greater freedom by Ole Gunnar Solskjaer and responded with the best goalscoring season of his career, netting 13 league goals after assuming spot-kick duties for the Old Trafford outfit.

Despite the statistical improvement, Pogba endured inconsistent periods throughout the season as the Red Devils slipped from second in 2017/18 to sixth, missing out on Champions League football despite an initial resurgence following the appointment of Solskjaer.

Pogba was, however, recognised for his performances with a place in the PFA Team of the Year, the sole Manchester United representative in a side consisting otherwise of players from champions Manchester City and runners-up Liverpool.