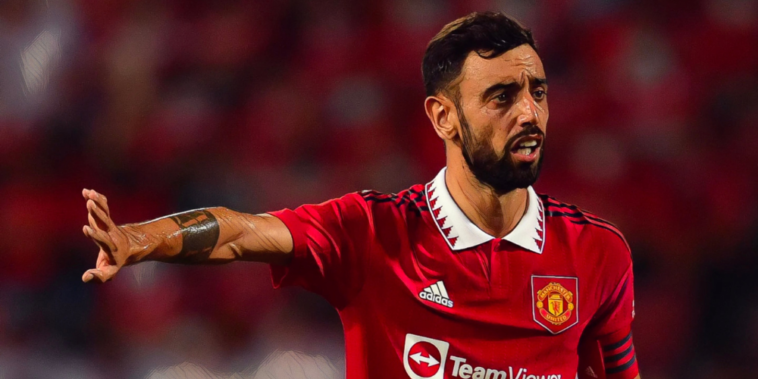 Bruno Fernandes admits he is unsure on Cristiano Ronaldo’s future at Manchester United.

Ronaldo wants to leave the Red Devils in order to play Champions League football and has not joined the club’s pre-season tour of Thailand and Australia due to family reasons, an explanation the club have accepted.

The 37-year-old returned to Manchester United from Juventus last summer and scored 24 goals in all competitions last season, but is now keen on an exit after the club’s failure to secure a top four finish.

Fernandes was asked for his view on the situation and says it is important to ‘respect’ Ronaldo’s decision.

“I don’t want to be involved in that,” said Fernandes, as per the Guardian. “Obviously we have to respect the decision of everyone.

“I don’t know what Cristiano said to the club, to the manager, but we have to respect his space.”

Fernandes was asked on the importance of keeping Ronaldo at the club, before revealing he has not spoken to his Portugal teammate regarding his future.

“I don’t know,” Fernandes said. “Cristiano was our top scorer last season, he added goals, but it’s not on me, it’s the club that has to make the choices and Cristiano makes his own. I don’t know what’s going on in his head, if he wants to leave.

“The only thing I asked Cristiano, when he didn’t turn up, was if everything was OK with the family. He told me what was going on, that’s it and nothing more.”