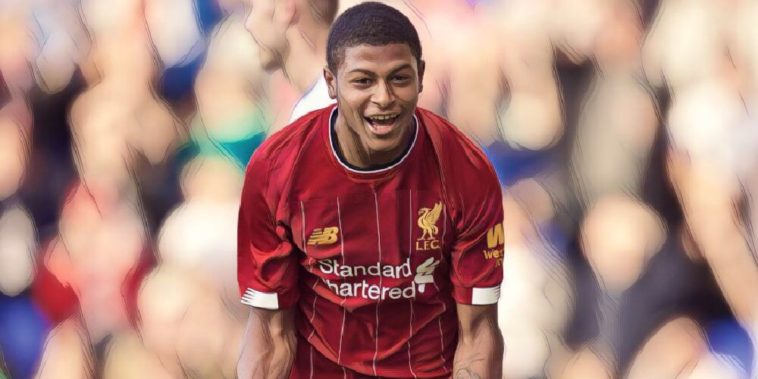 Rhian Brewster insists he is prepared to be ‘patient’ as he awaits an opportunity in the Liverpool first-team.

The highly-rated forward made his first senior appearance for the club in last month’s Carabao Cup win at MK Dons, with Jurgen Klopp integrating the 19-year-old into the first-team picture at Anfield.

Brewster acknowledges he faces a difficult task to displace Liverpool‘s front three of Mo Salah, Roberto Firmino and Sadio Mane, but says Klopp’s refusal to allow him to leave on loan demonstrates the German’s faith in him, the England U21 international admitting he is willing to be patient for his chance.

“You’ve just got to be patient and wait for your turn,” Brewster told Sky Sports.

“Obviously the boss has a plan for me and he knows what he’s doing, clearly! Chatting to him, he is saying, ‘Just be patient, your time will come, it will happen.’ And I’m just waiting and being patient.

“He said ‘no’ [to a loan move] straight away. Obviously that is evidence he has great faith in me and wants to push me towards the first team.

“It’s hard to get game time because the front three, they are all amazing players; it’s going to be difficult but you’ve just got to keep going and going.”

‘Unbelievable’ Robertson is ‘the best left-back in the world’