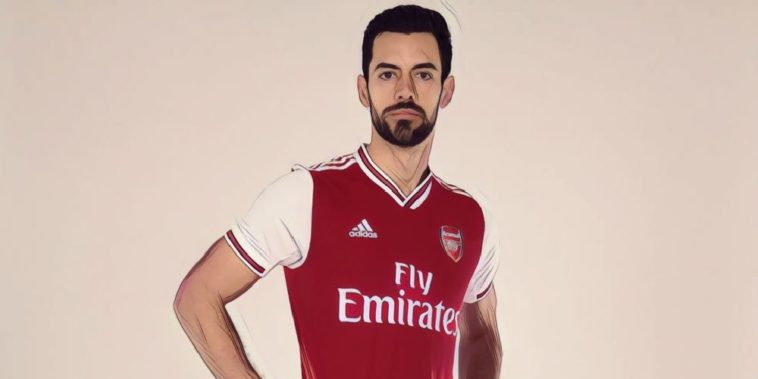 Mikel Arteta bolstered his defensive options by securing the signing of the defender on loan from Flamengo during the winter window, with the 26-year-old having been part of the side that won the Brazilian league title and Copa Libertadores last season.

Mari would enjoy a brief spell at Manchester City prior to his move to Brazil, though he would never make a first-team appearance for the club and subsequently spent loan spells at the likes of Girona, NAC Breda and Deportivo La Coruna.

The Spanish centre-back will now get the chance to impress in English football after moving to north London on a deal until the end of the season, and Brazil legend Rivaldo has tipped Mari to flourish at Arsenal after being impressed by the defender’s performances since moving to South America.

“I think Pablo Mari will fit in very well at Arsenal and in the Premier League,” Rivaldo told the Evening Standard.

“He’s a good player that struggled to impose himself in Europe as a loaned player of Man City for a while. But he really convinced people being part of a great Flamengo team last season.

“He is very complete as a defender – capable of bringing the ball forward when necessary and a threat on set pieces. He has good passing skills as well and I liked what I saw from him.

“In Brazil, everyone has a good opinion about him. He could be a very successful option for Arsenal and Mikel Arteta.”

Mari could be ready to make his debut for the club when Arsenal return to Premier League action at home to Newcastle on Sunday.