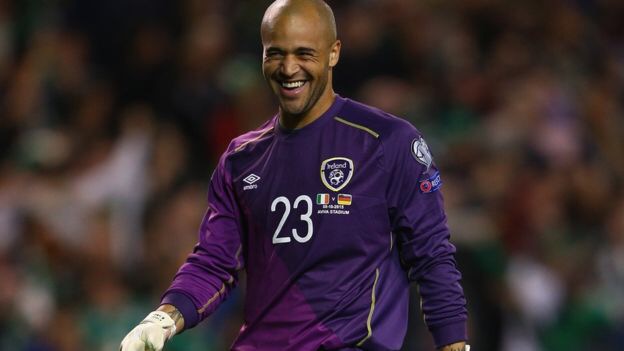 Reports have emerged this afternoon that Middlesbrough have agreed a deal with West Ham United for goalkeeper Darren Randolph.

The 30-year-old Ireland international’s chances at The Olympic Stadium looked limited following the arrival of Joe Hart, with fellow keeper Adrian seemingly set to be second choice after ousting Randolph towards the end of last season.

Former Sky Sports reporter and journalist Pete O’Rourke tweeted that a deal had been agreed, picking up reports from HITC Sport that a fee had been set.

Middlesbrough have been linked with Randolph for some weeks now, and with them appearing to have gone cold on a move for Newcastle’s Karl Darlow, it looks as if the 21 cap stopper could be heading North.

Making a total of 27 appearances for The Hammers last season, Randolph impressed, however errors and loss of form saw Slaven Bilic recall Adrian in his place. Bilic praised his attitude after being dropped, but it appears Randolph will be keen on a move in order to keep is international ambitions alive with next summer’s World Cup firmly in his mind.

It had been reported that Middlesbrough had bid £3.5m, yet this was apparently turned down by West Ham, with Newcastle also thought be in for him. It is not yet known the size of the deal, but it would seem the two clubs have finally agreed on a fee.

Should Randolph make the move he would be expected to be the clubs No.1, with 38-year-old Dimi Konstantopolous and 24-year-old Connor Ripley in direct competition of the role of back up. However Ripley could yet see another loan deal, with Oldham keen to take him back to Boundary Park if he becomes available once more.