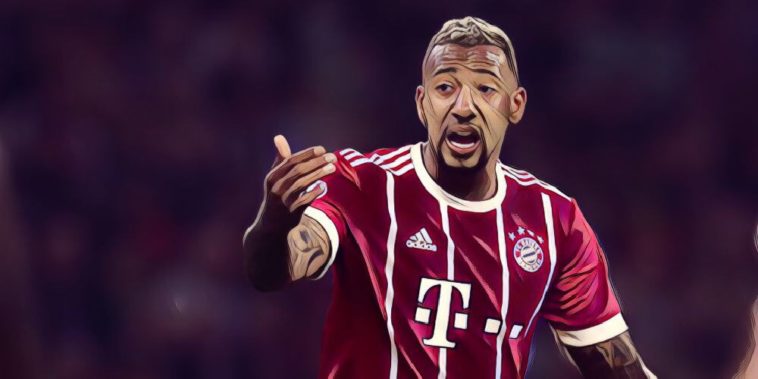 Bayern Munich defender Jerome Boateng has revealed that he was honoured to have been wanted by Manchester United this summer, and even phoned Jose Mourinho to thank him for his interest.

Boateng was one of a number of central defenders linked with a move to Manchester United in the closing days of the transfer window, with Ed Woodward struggling to secure a deal for Premier League duo Toby Alderweireld or Harry Maguire.

The Germany international was thought to be available for transfer, but he has revealed that new Bayern Munich boss Niko Kovac made him feel very important and that he didn’t feel like a move to United or PSG would have been a step up:

“I had enquiries from Paris-Saint Germain and Manchester United and I considered them,” Boateng told Bild.

“Not because I wanted to leave Bayern Munich, by all means. It was no escape, but rather the thrill of a new challenge. I feel completely contented at Bayern – one of the biggest clubs in the world.

“I phoned Jose Mourinho and told him that his interest honoured me and thanked him.

“I explained to him my reasons for not joining. It’s difficult to leave FC Bayern. Everything has to fall in place to top this club if I do it.

“Niko Kovac gave me the feeling that I’m very important for him and the club.”

Ultimately, United failed to add a defender to their ranks, much to the frustration of Jose Mourinho who has seen his side struggle at the back this season, keeping just one clean sheet.