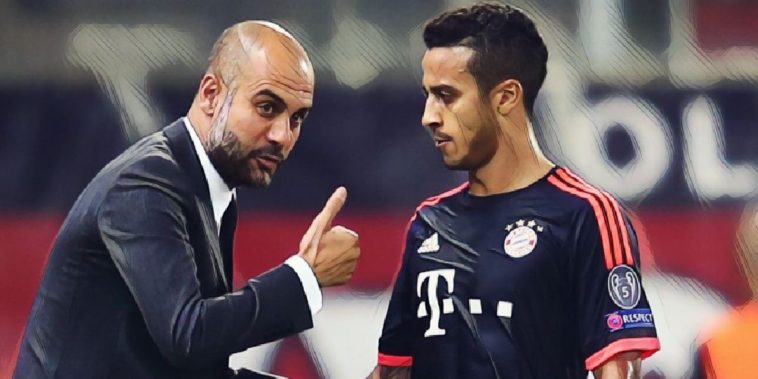 Liverpool’s hopes of signing Thiago Alcantara have reportedly been dealt a blow after Premier League rivals Manchester City joined the race for the Bayern Munich midfielder.

Thiago has just a year remaining on his current contract at Bayern and has informed the club of his desire to leave this summer in search of a new challenge, the 29-year-old having won seven consecutive Bundesliga titles since arriving in German football from Barcelona.

The Spain international is understood to be keen on a move to the Premier League and the prospect of working alongside Jurgen Klopp, with the Liverpool boss a known admirer of the player’s talents and open to the possibility of adding the star to his title-winning squad.

Liverpool have been linked with a move for the midfielder as they seek to strengthen ahead of next season, though resources are limited in the wake of the coronavirus pandemic and the Reds have so far been unwilling to match Bayern’s asking price believed to be in the region of €30m.

According to SportBild, there is now concern on Merseyside after rivals Manchester City entered the race for Thiago’s signature, with Pep Guardiola keen to reunite with a player he previously coached at both Barcelona and Bayern Munich.

Guardiola is said to view his compatriot as an ideal replacement for the outgoing David Silva, and City are reportedly prepared to trump Liverpool’s offer as they bid to hijack the deal.

City are said to be hopeful of adding Thiago to their squad as they look to bounce back from last season’s runners-up finish, the club having already announced the confirmed captures of Ferran Torres from Valencia and Nathan Ake from Bournemouth.

See also – Will Thiago be next? Rating the players to play under both Guardiola and Klopp