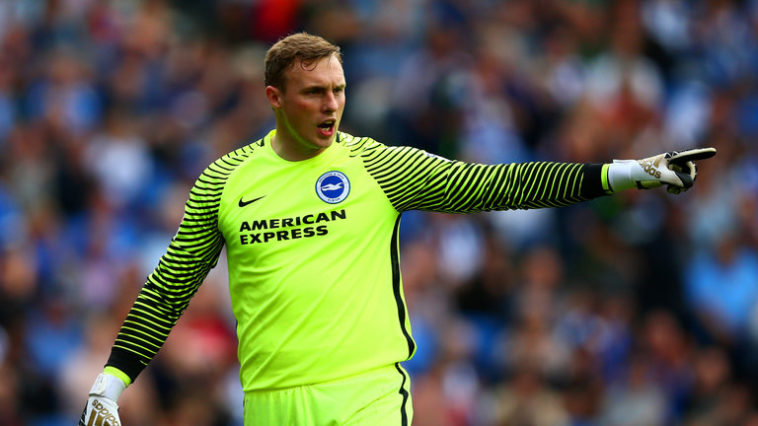 Birmingham City have confirmed the signing of goalkeeper David Stockdale, from newly-promoted Brighton & Hove Albion. Stockdale shall join the Midlands club on July 1st, after signing a three year deal with the club.

David Stockdale turned down a new deal at Brighton & Hove Albion, in order to sign for Birmingham City. The 31-year-old’s contract at the south-coast club expires at the end of this month, however according to the Sports Mole, he opted to reject a new offer.

Stockdale started nearly every single game for Brighton last season, only missing one match all season. He played a pivotal part in the Seagulls promotion to the Premier League. In addition to this, he was also named in the EFL Championship Team of The Season.

The signing of David Stockdale is Harry Redknapp’s first signing, as Birmingham City manager, since his arrival back in April.

None the less, this is a bargain buy for Birmingham City, as Harry has done a wonderful bit of business. There is no doubt there shall be more signings to come, over the course of the summer.

Prior to signing for Brighton in 2014, Stockdale achieved promotion with Hull City back in the 2012/13 campaign. He brings some added experience to the Blues. Furthermore he can also be considered to be one of the leading goalkeepers in the second-tier.

Birmingham City fans: Are you pleased with this signing? Do you believe Stockdale is a safe pair of hands? Let us know.