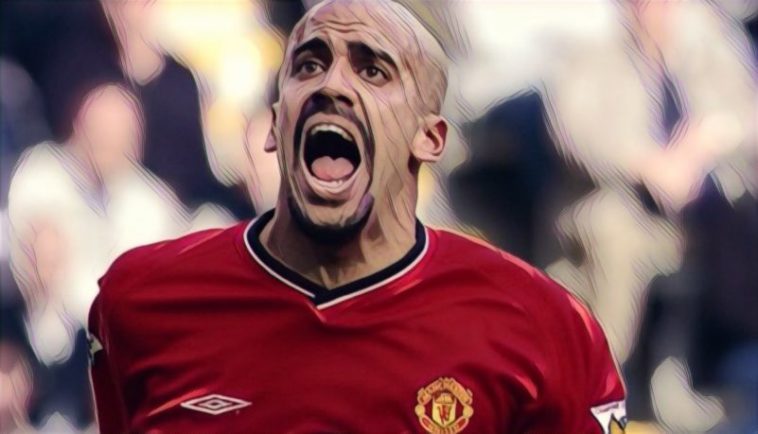 The Premier League is a tough one to crack for any foreign player. Even the best imports have taken a little while to settle before we’ve seen the best of them.

Clubs have increasingly gone international, in pursuit of new recruits as the money has poured in to the Premier League.  However, some of these players have been notorious flops, despite arriving to huge fanfare and excitement. Here’s a look at five top players who failed to live up to the hype.

The Argentine midfielder arrived at Manchester United in 2001 for a then British record transfer of £24.3 million. Veron had gained a reputation as one of the most influential players in Lazio’s great side under Sven-Goran Eriksson. It was hoped he would give United that extra injection of world class talent.

It just wouldn’t work out for Veron though, he struggled to stamp his influence on Ferguson’s side and the price tag weighed heavily on his shoulders. He needed time and space with the ball to be at his most potent, and unfortunately you do not get that on a wet Tuesday night in Blackburn.

A move to Chelsea in 2003 did little to rekindle his form from Italy and he was shipped back to Italy after only one season in West London. A quality player, who we only saw in glimpses in the Premier League, he eventually recaptured some form and became a legend for his country.

Arguably the greatest African player of all time, George Weah arrived in the Premier League in 1999. In all fairness to the forward, he was thirty-three and had played an awful lot on the continent; however, you just couldn’t help but feel it was a move that suited nobody in the grand scheme of things.

He was wonderfully skilful and had a major impact everywhere he went prior to the Premier League. His time at Chelsea though was simply a forgettable cameo, his experience may have helped some of the younger players, but his loan spell was never made permanent. He hung up his boots not long after a brief stint at Man City which yielded just nine appearances.

Chelsea’s long pursuit of The Ukraine’s finest ever player came to an end in 2006, when they played £30.8 million for the AC Milan legend. Shevchenko was symbolic of a golden age of proper strikers, who existed solely to put the ball in the back of the net. A false nine he was not, The Ukrainian scored 173 goals during his first spell at The San Siro and was widely regarded as one of the best in the world.

However, his huge transfer to Chelsea really did fall well and truly flat. After such a publicized chase for the striker, Roman Abramovic got what he wanted, but Cheslea were left with a forward who couldn’t grasp the Premier League’s intensity.

He struggled for form and while his goal scoring record was not woeful, it wasn’t that of a record signing. After a lot of shrugging and bemusement from both parties, Shevchenko went back to his spiritual home in Milan in 2008, although he was clearly past his best by then.

There’s something about a Brazilian full back. The football mad nation did much to redefine what was expected for a left and right back, producing some of the best players of all time in those positions. Maicon was another one of that production line and had been a top class talent for years at Inter Milan.

At 31, it looked a really shrewd bit of business for the defending Champions of England when they snapped him up for just £3 million. The experience Maicon had stored up from his excellent service to Inter, could have been of great value to City as they looked to make their mark on The Champions League.

However, it soon became clear why he was available for such a small transfer fee. The pace of the game caught him out and he struggled to regain fitness after an early injury in 2012/13. The writing was on the wall for him from then on, and he even struggled to get past Micah Richards in the side. A truly underwhelming spell came to an end after just one season, as he switched Manchester for Rome.

Falcao was the definition of a top class player. For years, during spells with Porto, Atletico Madrid and Monaco, he was banging goals in left, right and centre. His arrival at Manchester United in 2014, on an initial loan deal from the French league was greeted by many fans with real excitement.

Injuries though had taken their toll on the Columbian, who had missed the 2014 World Cup thanks to a damaged ACL.  Perhaps it was his efforts in trying to represent his country, or again, the pace of English football, whatever it was, Falcao struggled.

The forward, famed for creating something from nothing, really did fail to light up Old Trafford. Just four goals in 26 appearances led to some pretty public condemnation by Louis Van Gaal, who put the forward in the Under-21s for a time.

Ultimately, United chose not to make the move permanent, leading to Chelsea having a turn at trying to squeeze something of a tune out of Falcao. However, injuries and a lack of confidence effected his time at Stamford Bridge, even more so than they did at Manchester United and his £38 million permanent transfer option was politely overlooked in 2016.