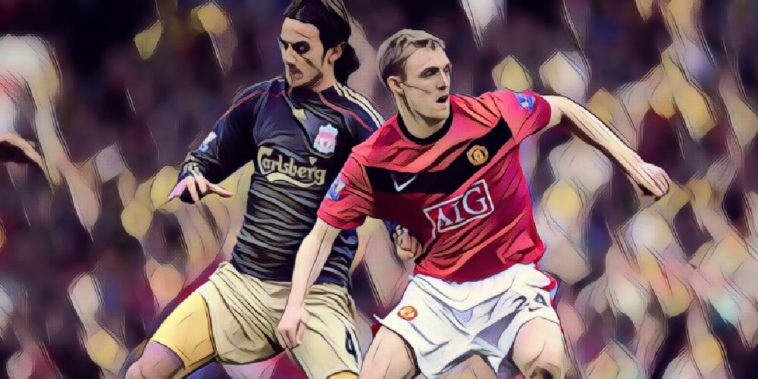 Former Manchester United midfielder Darren Fletcher has passed a damning judgement of his former side, and has predicted them to sit deep in this weekend’s game against Liverpool.

Liverpool against Manchester United has always been one of the gamour ties of the English football, with the two sides racking up an incredible 38 league titles between them.

However, with the two rivals preparing to do battle once more this weekend, they couldn’t go into the game in much more contrasting form, with Jurgen Klopp’s side sitting pretty at the top of the Premier League, while Manchester United are down in sixth and are in god-awful form.

Both sides have progressed to the knockout stages of the Champions League having finished second in their respective groups, but having watched United’s 2-1 defeat against Valencia on Wednesday night, former Red Devils midfielder Fletcher reckons that Jose Mourinho’s side aren’t good enough to play an open brand of football, claiming it would be ‘suicidal’.

“Manchester United are not drilled enough, they don’t have enough patterns so to go and do that, to play Liverpool in an open game, would be suicidal,” Fletcher told BBC Radio 5Live on Wednesday night.

“The last two seasons at Anfield have been 0-0 and that has shown United sitting back, being hard to beat, looking to nick opportunities on the counter-attack or from set-pieces but not through taking the game to Liverpool.

“Jose Mourinho will be fully aware of Liverpool’s strengths, nullifying them, sitting deep, not giving them space behind, not letting them win the ball in turnovers in dangerous areas. All that will be ruled out.

“It will be instructions to play in Liverpool’s half, missing midfield out. You will probably see Nemanja Matic and Marouane Fellaini and pace either side of Romelu Lukaku.”