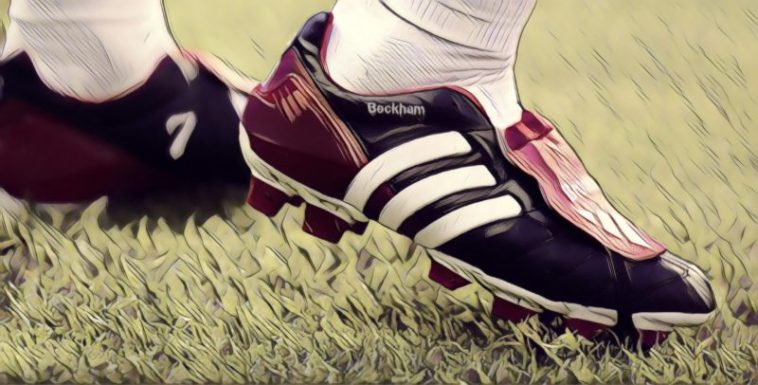 Four innovations from the past thirty years that changed football and the Premier League forever, including video games, satellite television, and cutting-edge boots.

It could be argued that football has changed more in the last thirty years than it did in the previous 100 years of its existence. Rules changes have changed the pace of the game and made it more attacking-oriented, technology has utterly changed how we view and interact with the sport, while television coverage has moved on a tremendous amount in a relatively short space of time.

Players have never been faster, fans never more informed and the game never richer. How did this happen? What changes and innovations to the sport have influenced it? There are so many factors one could look into which have all had an impact, but we’ve looked at a few off-field innovations from the past three decades that changed football forever.

In association with our friends at Carling, who are launching their innovative new lockable pint glass that allows you to easily carry four pints all at once!

Sky Sports and the onset of satellite television

Believe it or not, there was a time when football clubs received next to no money from television companies for broadcasting rights. In fact, for a time clubs and leagues had to pay broadcasters to screen football matches.

The sport is a million miles from that scenario, and it all stems from the early nineties when the top 22 clubs in England broke away from the EFL and created the Premier League. They sold the broadcasting rights to Rupert Murdoch’s Sky Sports, although ITV were also in the running. Now both Sky and BT Sport share the rights for billions of pounds.

Looking back 27 years since the inaugural Premier League season, it’s interesting to think and wonder what would have happened if Sky had never acquired the rights for top-flight English football. Would it still have become the mega-rich behemoth it is today? Or would it have lost further ground to Serie A, the premiere destination for top class players during that decade?

We might never have had Monday Night Football and the incisive analysis from Gary Neville and Jamie Carragher that created a new level of interest in the finer details of the game. And what of Sky Sports News; without its 24/7 coverage and constant hyping of the transfer market, the hyperinflation of transfer dealings might not have been so vast in such a short space of time.

And without all that money, would ill-gotten oil cash from Russia ever find its way to Chelsea? Would a nation with human rights abuses ever take an interest in a middling club like Manchester City?

The What If’s are endless, but one thing is for sure: Sky Sports changed the football landscape as we know it, for better or for worse. How we consume the sport was altered forever when Murdoch got involved, but it also changed television as we know it. The company would likely have gone bust without the Premier League, which would have had huge ramifications for two massive industries.

There have been a lot of pretenders to the throne of football’s video game king; the likes of Sensible Soccer, Total Football, Virtua Striker and literally dozens of others had their own charms and lovable features, but they couldn’t compete with FIFA, the greatest of them all.

Although Pro Evolution Soccer is the only contender to remain over the past two decades, it’s FIFA that set the benchmark in terms of graphics and gameplay. With smooth controls, official licensing and terrific soundtracks (up until the last ten years anyway), FIFA was the must-have Christmas present to have in your stocking year in, year out.

These days video games are often blamed for children being less active or interested in going outside — rather than kicking a ball in a nearby field, they’d rather sit inside and play it on a television screen on their PlayStation or Xbox. Whether that is the case or not, the game’s influence is inarguable. It has even affected how certain footballers, such as Raheem Sterling, shoot at goal, scoring the type of goals that were unimaginable before the video game became so ubiquitous.

With eSports growing every year, the spoils for professional FIFA gamers can be lucrative. This year’s FIFA eWorld Cup rewards the overall champion with a cash prize of a quarter of a million US dollars. Not bad money for button-mashing from the comfort of your chair.

In this, the 25th anniversary of the first Adidas Predator, it would be remiss of us not to pay tribute to one of the most iconic football boots of all-time.

When ‘Preds’ hit the market, they looked like boots from the future. The first ones offered never-before-seen rubber stripes on top to offer more control and swerve on the ball. Further innovations were made over the years, such as fold-over tongues and rubber moulds, which replaced steel studs. It was thought this made you quicker, although they were a bit of a nightmare to wear on wet grass.

Predators became the must-have item among Sunday League footballers around 2002, just ahead of the World Cup. By that point it had become impossible to disassociate the boot from David Beckham, the biggest superstar in the sport at the time, lending the footwear a sense of cool and fashionability that no other boot could come close to matching.

Nike would catch up with their T90 range, but it never had the same lasting impact as the Predators, which are still ridiculously popular to this day.

What was it about the early to mid-noughties that every product release had to feature a photoshoot of women in bikinis, even if it was the least relatable thing to the product itself? I guess ‘tits and arse’ were a good reason to sell anything.

Moving on from bikini-clad ladies in John Motson cosplay, Football Manager’s influence is probably far greater than most people realise.

Although Championship Manager was the original football management simulator, Football Manager was created by Sports Interactive in 2004 after the company broke away from Eidos. Over time the latter’s sales overtook its predecessor, and CM became defunct in 2017.

Since its inception FM has gone from a computer game played by football nerds in their bedroom to a full-on phenomenon with tens of thousands of people playing it every week. Books have been written about it, academic research done on it, and one person even used it to create an ingenious CV on his job search.

Alongside the better quality of analysis on television and the increasing availability of video content from matches, FM has played a huge role in the average fan gaining greater knowledge in the tactical side of the game. One player has even been given a role as a tactical analyst at Plymouth Argyle, while another got a coaching job at FK Baku in Azerbaijan.

⚽ FM20: We are revamping our research team and approach for the upcoming release later in the year.

FM’s scouting network is remarkable, with hundreds of researchers all over the world inputting data about players at all levels of the game, from your local league right up to the top tiers of European football. The sports data company Prozone uses statistics from the FM database to help clubs with player recruitment, while Ole Gunnar Solskjaer has credited the game with helping him transition from being a player to a manager.

The game was also responsible for Lionel Messi nearly going on loan to Rangers in Scotland too. Then-manager Alex McLeish’s son was playing it one day, and he was so bowled over with the Argentine teenager’s attributes that he implored his dad to sign him up immediately. The Scot contacted Barcelona about a loan, but by then the Catalan outfit had plans to ease him into the first team. If he had asked a bit earlier, then who knows what might have happened?

CM is still a cult favourite to this day.

Read: All of the major transfers involving Irish players this summer