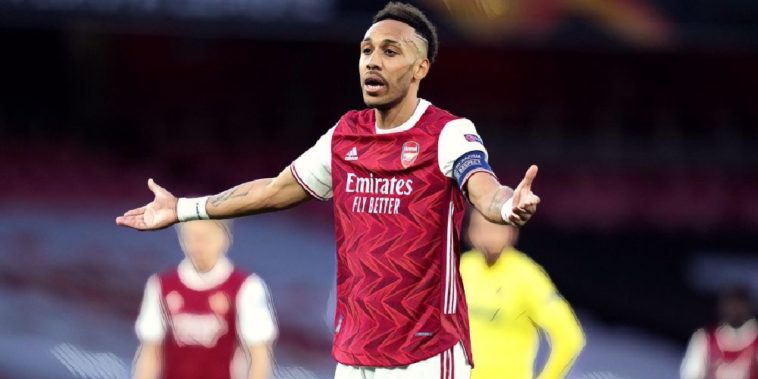 Premier League football is now just a matter of weeks away as the 2021/22 season fast approaches, each of the top-flight sides currently undergoing final preparations ahead of the forthcoming campaign.

For some players, the pre-season will provide a first chance to impress their managers, whilst for others, it represents an opportunity to find form once again following a challenging 2020/21 season.

We’ve picked out some high-profile Premier League players who will be looking to come through challenging periods and shine this season, here are five big name players who need to raise their performances in 2021.

Pierre-Emerick Aubameyang has been largely Arsenal’s leading light since arriving from Borussia Dortmund in a then club-record deal in January 2018, becoming the fastest player in the club’s history to reach 50 Premier League goals and scoring prolifically over his first two-and-a-half seasons.

Aubameyang won a share of the 2018/19 Golden Boot after scoring 22 league goals and matched that haul the following campaign, though netted just 14 across all competitions as his performances took a sharp downturn last term.

The arrival of Mikel Arteta has seen the Gabon international shunted out onto the left-hand side, reducing his ability to get into good goalscoring positions and seeing his offensive output diminish.

After much uncertainty surrounding his future and the awarding of the captain’s armband to the forward, Aubameyang penned a new lucrative contract last September, but his performances since have seen Arsenal’s wisdom in handing a three-year deal to an ageing player questioned.

Whilst he has largely failed to pass the eye test over the past 12 months, the underlying statistics point towards a potential improvement from Aubameyang should he return to a central role – a scenario that looks likely this season given Arsenal’s lack of alternative options.

Aubameyang scored nine times from 18 appearances as a centre-forward last term, in comparison to just five from 17 whilst stationed in a wide position.

The expected goals statistics point even more favourably to a return to a central position with Aubameyang recording an xG of 0.64 per 90 as a forward and just 0.28 per 90 as a winger.

Arteta has made the signing of a creative midfielder a priority this summer in a bid to find the right ammunition for Aubameyang, who will hope to prove last season’s disappointments were a blip and not the start of a genuine decline.

Another pre-season and another potentially defining period for Naby Keita, who three seasons into his Liverpool career has failed to justify the fanfare that greeted his arrival on a consistent basis.

Much of that has been due to his body’s repeated failings, the Guinea international having been plagued by injury problems since his signing from RB Leipzig in 2018.

Last season proved the most frustrating of Keita’s career at Anfield to date, making just 10 goalless appearances in the Premier League and only featuring a further six times across all competitions.

There’s little doubting that the 26-year-old has been the most disappointing of the big-money signings made during the Jurgen Klopp era, but when at full fitness there have been flashes of the exciting talent he can provide.

Keita possesses an effortless ability to glide past challenges and break through opposition lines, his dynamism providing a different option to much of Liverpool’s current midfield contingent.

Thiago Alcantara, Jordan Henderson and Fabinho will start as the Reds’ first-choice midfield three, but the departure of Georginio Wijnaldum moves Keita further up the pecking order without kicking a ball.

Based on natural ability, Keita has the talent to be a fixture in this side and his marauding runs forward can help relieve the pressure on the front three, even if his goal return since arriving into the Premier League can be improved.

After three seasons of frustration and false dawns, this season may be the last opportunity for Keita to prove he can be an integral part of this Liverpool side in campaigns to come.

Jose Mourinho’s reign at Tottenham is over and one player likely breathing a huge sigh of relief is Dele Alli, the midfielder having been ostracised and criticised under the Portuguese’s management.

Alli made just two league starts under Mourinho last season, before returning to the Spurs’ side during the closing stages of the campaign under interim manager Ryan Mason.

Nuno Espirito Santo’s arrival now provides the 25-year-old with a clean slate, as he bids to overturn a decline that has seen him fall from arguably England’s brightest young talent, to a largely forgotten afterthought amongst an exciting collection of emerging home-grown midfielders.

Alli burst onto the scene at Tottenham as a teenager but has suffered a sharp downturn in fortunes since the 2017/18 season, with fitness issues having contributed to his notable fall from grace.

The midfielder has spoken recently of shouldering the responsibility for his own career and raising his levels for the new season and with a summer’s rest behind him will hope to hit the ground running in 2021/22.

Alli boasts an impressive record of 87 goal involvements in 171 top-flight appearances and a return to form – at risk of repeating tired cliche – would represent somewhat of a new signing for the Nuno era.

Anthony Martial began the 2020/21 campaign with huge optimism following a career-best season the previous year, a prolonged run as a number nine reaping rich rewards as the forward scored 23 goals across all competitions.

Martial’s performances saw him named as Manchester United’s Players’ Player of the Season, but the following campaign began poorly as an early-season red card in defeat to Tottenham saw him suspended for three fixtures and stalled his progress.

On his return to the side, the France international failed to rediscover his form, scoring just twice in his opening 17 fixtures of the Premier League campaign as his performances regressed.

Martial’s struggles once again saw his best position questioned, with the performances of summer signing Edinson Cavani proving in stark contrast, as the veteran exhibited the predatory forward instincts lacking in his Red Devils’ teammate.

United have been linked with the signing of a new centre-forward this summer and should a new arrival head through the door, questions will be asked over where Martial features in Ole Gunnar Solskjaer’s plans.

The delayed starts to the season of Cavani, Marcus Rashford and summer signing Jadon Sancho due to their international exploits this summer could hand Martial an opportunity in the opening weeks of the campaign, one the 25-year-old must seize after a summer of rest and reflection.

Is Hugo Lloris’ time as Tottenham’s number one over?

The France international has been the club’s undisputed first-choice goalkeeper since signing from Lyon nine years ago, making 373 appearances across all competitions for the north London side.

Lloris’ form has been mixed over the past few seasons and his distribution often questioned, but his shot-stopping was statistically admirable behind a poor Spurs’ defence during the 2020/21 season, ranking third in the division for save percentage and fourth for clean sheets.

The 34-year-old’s 5.1 goals prevented in comparison to the club’s expected goals against figure was also the highest in the division ahead of Emiliano Martinez, but the coming campaign shapes as a pivotal one for both the Frenchman and Spurs.

Into the final year of his contract at the Tottenham Hotspur Stadium, an immediate priority of newly-appointed sporting director Fabio Paratici has been goalkeeping additions with Atalanta’s Pierluigi Gollini on the verge of a move to the capital.

Gollini – who will sign on a season-long loan with an option to buy – has impressed in an Atalanta side that continue to exceed expectations in Italy and will provide Lloris with the strongest competition of his time at Tottenham.

Any notable mistakes could see the long-serving Spurs captain shunted to the sidelines in 2021/22.