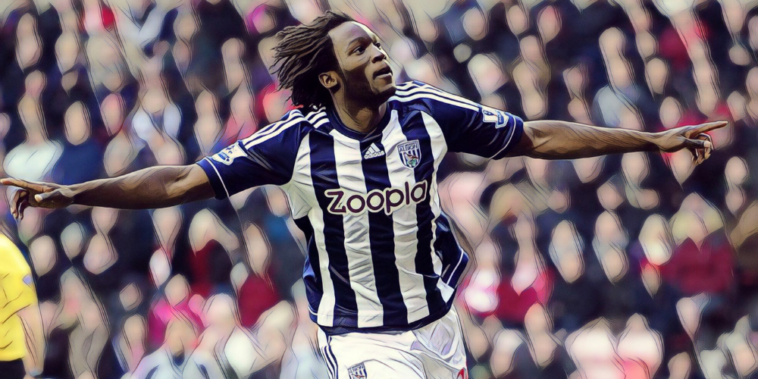 As clubs continue to count the financial cost of the pandemic, loan signings remain an attractive option. For Premier League clubs looking to give their youth regular first team experience, the pay-offs of the loan market can be substantial.

In their formative years players like Ryan Bertrand (Southampton) and Nathan Aké (Watford) cut their teeth whilst on loan at unfashionable Premier League sides. Similarly, Joe Willock excelled during his brief stint with Newcastle last season.

On rare occasions, young loanees may turn so many heads that their ‘parent clubs’, and international managers, can no longer ignore their talent. When the conditions for development are just right – sometimes superstars are born.

Here are five of the best young loan signings in Premier League history.

On transfer deadline day, as Chelsea were forking out an exorbitant £50 million on Torres, Sturridge joined Owen Coyle’s Bolton Wanderers on loan. The Scotsman offered the 21-year-old a stage – away from the glitz and glamour of London – where he could showcase his undeniable talent.

The Trotters – who boasted the likes of Jussi Jääskeläinen, Gary Cahill, Fabrice Muamba and Kevin Davies – began the season in fine fettle but, prior to Sturridge’s arrival, had lost six of their previous nine matches.

Did an interview recently when I was asked who my fave managers were. How could I forget my dad from another lifetime Owen Coyle 🤦🏾‍♂️What a man and what a manager. Absolutely loved my time with him at Bolton,he was everything I needed In a coach and more. Love to him and his family

Sturridge made an instant impact at the Reebok Stadium, endearing himself to The Wanderers faithful with a late winner on his debut against Wolves. The loanee went on to bag an impressive eight goals in 12 games, including a memorable finish in a 2-1 victory over Arsenal.

On his return to Stamford Bridge, Sturridge found favour under André Villas-Boas. He made 30 league appearances and was Chelsea’s joint-leading league scorer with 11 goals. His impressive form was rewarded by England manager Fabio Capello, with the Italian handing him his international debut in November 2011.

After impressing on loan at QPR, full-back Walker spent the second half of the 2010/11 campaign on loan at Gérard Houllier’s Aston Villa.

Within a month of his arrival in Birmingham the all-action defender had cemented his place in the starting eleven and become a firm fan favourite, with the Villa support in awe of his marauding runs up and down the right flank and a flourishing on-pitch relationship with Ashley Young.

Walker made 15 appearances for Villa that season, contributing 3 assists and scoring an absolute thunderbolt of a goal – a 30-yard screamer in a 2-2 draw with Fulham.

His supreme performances earned him a call up to the England squad in February, but he was made to wait until November to make his debut – five months after his spell at Villa Park.

The Yorkshireman returned to White Hart Lane at the end of the season and, under the tutelage of Harry Redknapp, had an outstanding 2011/12 campaign. Walker made 37 league appearances for Spurs that season and was later named PFA Young Player of the Year.

Following his high-profile move from Anderlecht, Lukaku grew frustrated in the shadow of Chelsea’s senior strikers. At the end of the 2011/12 campaign the Belgian teenager, who made just eight Premier League appearances and only one start, refused to hold the Champions League trophy.

He later revealed, “it wasn’t me, but my team that won.”

The next season, with Roberto Di Matteo unable to guarantee increased involvement, Lukaku pushed for a loan move. His salvation came in the form of Steve Clarke’s West Bromwich Albion.

Lukaku was lethal in the navy blue and white. The 19-year-old ended the season as the sixth top scorer in the league, bagging 17 goals as the West Midlands side secured their highest ever Premier League finish in eighth.

Among his memorable goals included a brace against Sunderland, the second in a 2-0 win at Anfield and a hat-trick in an enthralling 5-5 draw against Manchester United – Sir Alex Ferguson’s final match at the helm.

Despite his stellar performances with The Baggies, Lukaku was deemed surplus to requirements at Stamford Bridge, so he embarked on another loan adventure – this time to Merseyside. His 15 goals fired Everton to fifth and convinced the Toffees to splash out £28 million (a club record at the time) to sign him on a permanent deal.

Academy graduate Welbeck, who had made a handful of appearances for The Red Devils, ended the 2009/10 campaign on loan at Darren (son of Alex) Ferguson’s Preston North End. Having proved himself in the Championship, another manager with strong United ties enquired about his services.

After Sunderland narrowly avoided relegation in 2009, Steve Bruce steadied the ship, steering the Black Cats to a mid-table finish in 2010. The ex-United defender sought to bolster his attacking options in the summer and saw 19-year-old Welbeck as the perfect understudy to Darren Bent and Asamoah Gyan.

Welbeck enjoyed a promising start to the season, but had to wait until mid-November for his first goal. Following a mistake by Chelsea’s Ashley Cole, he tapped home the third in his side’s shock 3-0 win at Stamford Bridge. Despite adding just five more goals to his tally, his industry played a significant role in Sunderland’s respectable 10th-place finish.

His fine form at the Stadium of Light didn’t go unnoticed by Fabio Capello and Welbeck made his senior England debut in March. The Manchester native became an important player at Old Trafford the following season, featuring 30 times in the league and netting a career-high 9 goals.

Once revered as the most promising English footballer in a generation, Wilshere burst onto the scene in the latter half of the 2009/10 campaign.

He had been limited to cameo appearances at Arsenal and a host of Premier League sides vied for the 18 year-old’s signature. Ultimately, Wilshere chose Owen Coyle’s Bolton Wanderers – who were languishing in 18th position – as his springboard.

The loanee put in some lionhearted displays – none more so than those against The Gunners’ local rivals. Wilshere produced a fearless man of the match performance in a 2-1 defeat to Spurs and scored his only Bolton goal in a 2-1 win over West Ham.

He seemed to improve with each game, stringing together what could be considered the most consistent run of form in his entire career. He was lauded for his abounding energy, his comfort in possession, and his broader contribution towards Bolton’s eventual survival.

One week before the start of the next season, Wilshere received his first call up to the senior England setup. Arsene Wenger, in a statement of faith, started Wilshere in the season opener – a 1-1 draw at Anfield – and the Hertfordshire-born starlet retained his place in the starting eleven.

He went on to be named as the PFA Young Player of the Year after making an impressive 35 league appearances that season.

In a 2018 interview Wilshere reflected on his time with Bolton, saying, “I think I said it was like a finishing school, but that’s wrong. It was more like a massive learning curve.”