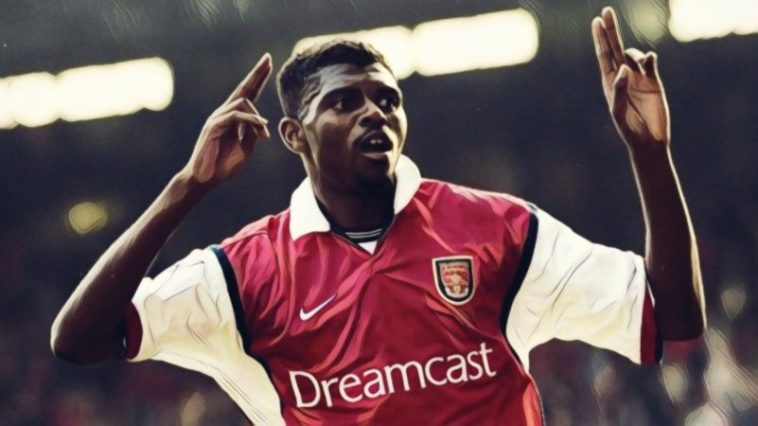 One of Africa’s most passionate and talented footballing nations, Nigeria have produced some stand-out footballers throughout the years with many finding a home in the Premier League.

There has been a Nigerian star in every single season of the competition since its inception in 1992, with Odion Ighalo making headlines at present following his shock return to English football on-loan at Manchester United in January.

The forward has begun brightly with three goals in his new colours already and joins a long list of the country’s stars to make a big impression on these shores.

Here are five of the best Nigerians in Premier League history:

Arguably Nigeria’s greatest footballing export, Kanu would enjoy great success on the continent prior to his arrival in English football at Arsenal, winning the Champions League with Ajax and the UEFA Cup at Inter Milan before heading to join Arsene Wenger in north London.

The two-time African Footballer of the Year would enjoy a trophy-laden spell at the club, winning two Premier League titles and two FA Cups, the first of those as part of a domestic double in 2002.

He would prove a valuable member of the Arsenal squad for six seasons – memorably scoring a brilliant hat-trick against Chelsea at Stamford Bridge – before later joining West Bromwich Albion and Portsmouth, scoring the winning goals in both the semi-final and final as the latter won the FA Cup in 2008.

The youngest debutant in the history of the Champions League, Babayaro would emerge at Anderlecht and spend three seasons with the club before heading to Chelsea in a £2.25m deal in 1997 – a record fee for a teenager at that time.

The left-back had impressed in helping Nigeria win gold at the 1996 Olympic games and would go on to make over 200 appearances during an eight-year spell at Stamford Bridge, winning the FA Cup and UEFA Super Cup and endearing himself to the club’s fans with his acrobatic goal celebrations.

Babayaro would later move to Newcastle United and make 47 appearances for the club over three seasons, whilst he also earned 27 caps for the Nigerian national side.

‘So good that they named him twice’ would be how the terrace chant immortalised Okocha during a memorable spell in the Premier League at Bolton Wanderers, the midfield schemer playing the game as many feel it should be – bringing flair, exuberance and sublime skill.

The midfielder arrived on a free transfer from Paris Saint-Germain and became a huge fan’s favourite under Sam Allardyce, his mix of creativity and trickery winning the hearts of the Trotters faithful.

He would help guide the club away from relegation troubles during his debut season before being handed the club captaincy, helping Bolton to the League Cup final in 2004 and producing a series of magical moments.

Okocha would make 124 league appearances for the club, scoring 14 goals, and remains a cult-figure amongst the club’s supporters.

The highest-scoring Nigerian player in Premier League history and behind only Didier Drogba and Emmanuel Adebayor amongst African players, Yakubu was a predatory finisher at his very best and a regular source of goals for several top-flight sides.

The burly forward would help fire Portsmouth to promotion before thriving at the top level, scoring prolifically for Harry Redknapp’s side before a £7.5m move to Middlesbrough. His time in the north east would see him help the club to the UEFA Cup final in 2006 – scoring 31 times for the club over a two season spell.

Everton would be his next destination as he arrived in a club-record deal, becoming the first player since Peter Beardsley in 1992 to score 20+ goals in all competitions during his debut season. An Achilles injury would see the forward moved on after four seasons, however, joining Blackburn via a loan spell at Leicester and scoring an impressive 17 Premier League goals during a season in which Rovers were relegated.

He would finish his career with 95 Premier League goals – a tally greater than the likes of Dennis Bergkamp and Cristiano Ronaldo.

Subject of a controversial transfer to Chelsea despite Manchester United believing they had captured the in-demand teenager, Mikel would go on to spend over a decade in west London and win several major honours.

The combative midfielder would have to be patient for his opportunity under Jose Mourinho following his 2006 arrival at Stamford Bridge, but soon won the trust of the Portuguese to establish himself as a key figure in the Chelsea squad.

Mikel would go on to make 372 appearances in all competitions for the Blues and win two Premier League titles, three FA Cups and the Champions League amongst his extensive silverware collection.

A former captain of the Nigerian national side, he would be part of the side that won the Africa Cup of Nations in 2013.