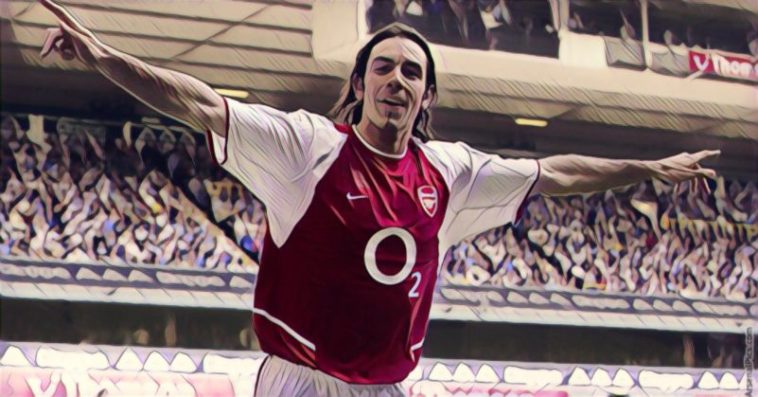 French football’s top tier may not hold quite the same reputation as some of its European counterparts, though Ligue 1 has certainly produced its fair share of elite exports.

Premier League clubs have long looked across the channel to bolster their squads, and a series of signings have starred since making the move to English football.

We’ve decided to look back at some of the league’s best signings from France, with five of the best Ligue 1 to Premier League transfers…

Perhaps one of the best players of the Premier League era not to have won a league title, Ginola was an exciting talent who was almost unstoppable when at full flight. Signed by Newcastle from Paris Saint-Germain in 1995, the fleet-footed winger would terrorise Premier League full-backs in an exciting period on Tyneside.

He would later move to Tottenham in 1997, where he would win a League Cup and pick up a PFA and Football Writer’s Player of the Year double in 1999. Twice named in the PFA Team of the Year, he would have spells at Aston Villa and Everton before retiring in 2002.

One of the great signings of Arsene Wenger’s Arsenal reign, the Frenchman signed compatriot Pires for just £6m from Marseille to bolster his squad in the summer of 2000. The World Cup winner initially struggled to adapt to the demands of the Premier League, but soon began to show his undoubted quality.

He was named as the Football Writer’s Footballer of the Year after helping Arsenal to a league and FA Cup double in 2002, leading the Premier League for assists despite missing the final months of the campaign with a serious knee injury.

The following season he would score the winning goal in the FA Cup final, before being part of the club’s famed ‘Invincible’ season of 2003/04. He would leave in 2006 after a hugely successful six years in North London, being voted by the fans as the sixth greatest player in the club’s history in a 2008 poll.

The Ivory Coast international shot to prominence in his debut season at Marseille, firing the Ligue 1 giants to the 2004 UEFA Cup final to spark interest in his services from abroad. Chelsea, newly-rich following Roman Abramovich’s billionaire takeover, secured the powerful forward for £24m that summer and he would go on to become one of the club’s greatest ever players.

Drogba would help fire Chelsea to a first league title in 50 years during his first season in English football, before impressing again as the club retained the Premier League under Jose Mourinho the following season.

Developing a knack for shining on the biggest occasions, Drogba would win three league titles, four FA Cups and two League Cups during his first spell at Stamford Bridge, whilst scoring the winning penalty as Chelsea became the first London side to win the Champions League in 2012.

After spells in China and Turkey he returned in 2014, winning a fourth league title and second League Cup in 2014/15.

A two-time winner of the Premier League Golden Boot, Drogba would leave the club for a second time in 2015 having scored 164 goals and winning 12 major honours as a Chelsea player.

Signed from Lille for £32m with a burgeoning reputation in 2012, the brilliant Belgian would go on to be one of the Premier League’s outstanding players during seven seasons at Chelsea.

His low centre of gravity and electric acceleration made Hazard one of the most exciting talents to watch in English football, where he would play an influential role in the most recent successes at Stamford Bridge.

The winger would scoop a clean sweep of individual accolades as Chelsea won the title in 2015, before helping the club to Premier League glory a second time two seasons later. Named as the club’s Player of the Season on three occasions, Hazard would add an FA Cup, League Cup and two Europa League titles to his collection before leaving for Real Madrid in 2019.

Perhaps the most unheralded signing on this list, few could have anticipated Kanté’s impact since arriving in England from Caen in 2015.

The £5.6m signing moved to Leicester and played a fundamental role in the biggest success story in Premier League history, helping the Foxes secure a shock title triumph as Claudio Ranieri’s side were crowned champions of England for the first time in their history.

His performances earned him a move to Chelsea the following season, where he would become the first outfield player in 24 years to win back-to-back titles at different clubs. That season he would be named as PFA Player’s Player and Football Writer’s Player of the Year, establishing himself as arguably the best defensive midfielder in world football.

He continues to shine as the heartbeat of the Chelsea midfield, whilst he also helped France to World Cup success in 2018.