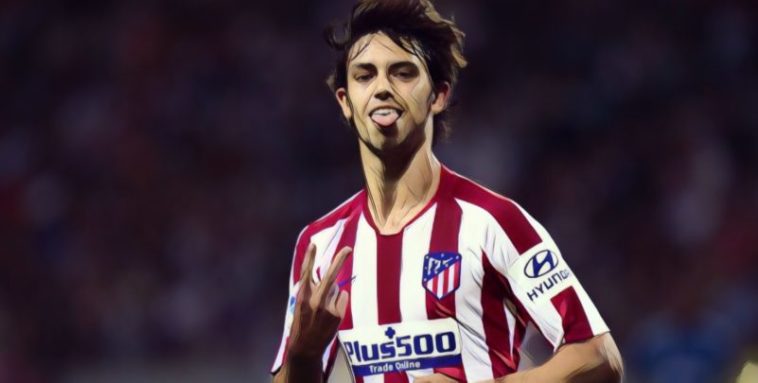 Spanish football’s summer spending once again led the rest of Europe, with La Liga’s ‘big three’ of Barcelona, Real Madrid and Atletico Madrid the highest spending club’s in Europe during the transfer window.

Marquee additions such as Eden Hazard, Antoine Griezmann and Joao Felix grabbed the headlines, but where do that trio rank amongst the most expensive imports in La Liga history?

Here is La Liga’s most expensive XI of all-time…

The Belgian international spent three seasons on loan at Atletico Madrid earlier in his career, before returning to La Liga with city rivals Real in a £35m deal in 2018.

Courtois had established himself as one of Europe’s finest shot-stoppers at Chelsea, heading to the Bernabeu after winning two Premier League titles at Stamford Bridge.

His debut season in the Spanish capital proved disappointing as Real finished the season a distant third in La Liga, whilst their defence of the Champions League ended with a humbling defeat to Ajax in the last-16.

Courtois will hope for an improved season his time out, with three-times Champions League winning manager Zinedine Zidane having returned to the dugout.

The flying full-back moved to Barcelona from Portuguese side Benfica in 2017, though the 25-year-old has failed to establish himself as first-choice since making the move to the Nou Camp.

The Portgual international offers pace and an attacking threat from right-back, and will hope for increased involvement at the Spanish champions this season under Ernesto Valverde.

In two seasons he has won two La Liga titles and a Copa del Rey, making 85 appearances in all competitions and scoring one goal.

One of a host of expensive recruits headed to the Bernabeu in the 2019 summer transfer window, the Porto defender became the most expensive defender in La Liga history after signing for Real Madrid in a £45m deal.

Militão spent just one season with Portuguese side after joining from São Paulo, though his performances were enough to attract the attention of the Spanish giants who moved quickly to seal a deal.

The Brazil international is comfortable at right-back, centrally and in midfield, with hopes high the 21-year-old can continue his rapid progression and develop into one of Europe’s leading defenders.

Signed to strengthen Barcelona’s defensive options after a series of impressive performances at Sevilla, the French defender has ousted compatriot and World Cup winning centre-back Samuel Umtiti as first-choice partner for Gerard Piqué for the Catalan side.

A La Liga title and Spanish Super Cup were won in his debut campaign at the Camp Nou, where he made 45 appearances and scored twice last season.

Another of Real Madrid’s 2019 summer signings, the France international moved to the Bernabeu in a £43m deal as the long-term successor to Brazilian stalwart Marcelo.

Named in the Ligue 1 Team of the Year in both of his seasons at Lyon, Mendy’s meteoric and rapid rise from the lower tiers of French football to one of European football’s biggest clubs is one of the best success stories of recent seasons.

Having played a starring role as Ajax shocked Europe by reaching the Champions League semi-finals, the Dutch midfielder took the next step in his career by moving to Barcelona in a £67.5m deal in 2019.

The Spanish side had spotted the 22-year-old’s ability early and moved quickly to secure a deal in January of this year, with De Jong joining up with his teammates at the conclusion of the 2018/19 season.

Possessing impeccable technique, vision and an ability to dribble through tight spaces and retain possession, De Jong is the perfect deep-lying midfielder and looks the heir apparent to the iconic Sergio Busquets in the Barcelona team.

The Colombia international earned a mega-money move to Real Madrid in the summer of 2014, having starred at that year’s World Cup in Brazil with a series of standout performances.

The playmaker arrived as the club’s latest Galactico, making him then the fourth-most expensive player in football history.

A decent debut campaign on a personal level saw him score 17 goals in 45 appearances, though his influence soon dropped in the following seasons and he fell out-of-favour under manager Zinedine Zidane.

He would spend two seasons on loan at Bayern Munich between 2017 and 2019, however, the Bavarian side opted not to make the move permanent and he returned to Madrid this summer to try and force his way back into first-team contention.

The most expensive purchase in La Liga history, the former Liverpool star’s move to Spain has been one of disappointment. Barcelona had secured his services in a record-breaking deal from the Premier League club, following a protracted chase to take the Brazil international to the Camp Nou.

Coutinho had established himself as one of English football’s leading lights and initially impressed during his opening few months in Barcelona colours, helping them to a La Liga and Copa del Rey double, though his performances soon dipped as he struggled to find his role in the team.

Often made the scapegoat during the club’s poorer performances last season, Coutinho was allowed to leave the club just 18 months after his high-profile arrival, joining Bayern Munich on a season-long loan deal in 2019.

The World Cup winner kicked up a fuss with an ill-advised video announcing his intention to stay at Atletico Madrid last summer, only to make a U-turn on his decision to join Barcelona a year later.

The French forward moved to Barcelona from their La Liga rivals in the summer of 2019, after the Spanish champions activated the 28-year-old’s release clause.

Having scored 94 league goals in 180 appearances during his time in Spain’s capital, Griezmann adds to a wealth of attacking options for Ernesto Valverde’s side.

A versatile player capable of playing across the forward line, the addition of another elite attacking talent to join the likes of Lionel Messi and Luis Suarez looks an exciting prospect for the Barcelona faithful.

It took Dembélé just one season at Borussia Dortmund to convince Barcelona to splash a huge outlay on the talented Frenchman, the Spanish side spending £97m to bring the youngster to La Liga after a productive season in the Bundesliga.

The vast sum spent on a fairly unproven talent shocked football, though Barcelona had money to burn after the world-record sale of Neymar to Paris Saint-Germain.

Dembélé’s two seasons at the club have been marred by injuries and inconsistencies, though the 22-year-old has played his part in securing back-to-back league titles.

The World Cup winner has shown his potential in glimpses since the high-profile move, and Barcelona will hope he can now produce on a more consistent basis in the coming seasons.

A deal that shocked Europe, Atletico Madrid prepared for the impending departure of Griezmann by smashing the club’s transfer-record to sign Portuguese starlet João Felix from Benfica.

The talented teenager had just one season of first-team experience at Benfica, though his vast potential was apparent after scoring 20 goals in all competition as Bruno Lage’s side secured the title.

The 19-year-old has impressed in his opening performances for Diego Simeone’s side, scoring his first La Liga goal against Eibar, and looks to have the potential to become one of Europe’s leading forwards.

Read Also: Five of the weirdest reasons for getting sent off