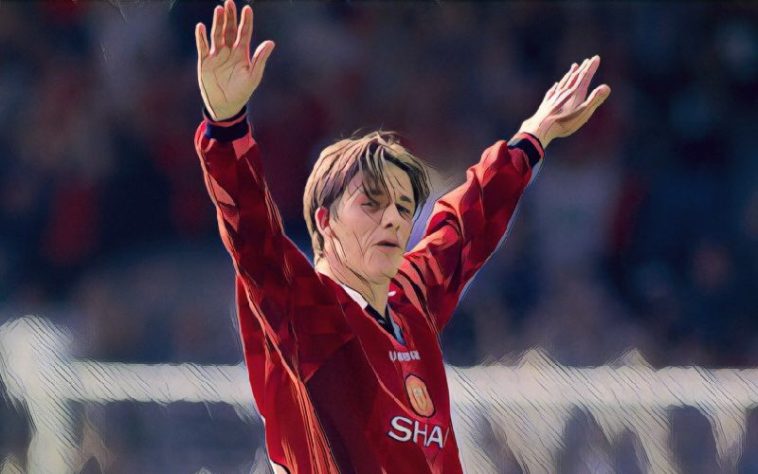 Sometimes they come from a break in play, often when the game is stretched, when one side is pushing for a winner or an equaliser.

Maybe the keeper is pushing up to be the last defender, leaving the goal exposed. Other times they come from nowhere, either way, they are always a surprise and we all love to see them.

Ismaila Sarr this week joined an exclusive group of players to have scored from inside his own half,, with the winger unleashing an effort from distance in Watford’s 1-1 draw at West Brom.

In tribute, it’s time to celebrate five of the greatest goals scored from the halfway line.

Possibly the most famous of them all. This was the goal that launched Beckham on to the world stage, the goal that made him a superstar and a banker to appear in any Premier League highlight reel.

It was 1996, England had just hosted a very successful European Championship and Manchester United’s class of ’92 were just starting to come into their own.

It was the opening day of the season and United were already winning 2-0, so it wasn’t a deciding goal but then that’s the beauty of the “halfway line goal”, they are special at any time. Brian McClair played a routine pass to Beckham who took a few touches before looking up and spotting Neil Sullivan off his line.

The rest is history.

Long-range goals and Xabi Alonso in 2006 go together like Nutella and breadsticks.

Following the Spaniard’s 70 yarder for Liverpool against Luton Town in the FA Cup earlier in the year, the midfielder repeated the trick with an even more impressive strike from a similar distance against Newcastle.

To make matters worse for the scrambling Steve Harper, the goalkeeper slips in front of the Anfield crowd as the ball flies into the goal, adding insult to injury.

Ok, so we’re including this one because it’s a bit mad.

Some halfway line goals are hit and hope efforts. Some are carefully measured strikes that were always destined to find the back of the net. But a header from the halfway line? Unbelievable Jeff.

There’s so much going on with this goal. It’s the Cup Winner’s Cup Final, (ask yer Dad kids), and Arsenal are playing Spanish side Real Zaragoza.

The game is level and edging towards a penalty shoot-out when former Spurs player Nayim finds the ball bouncing nicely about five yards inside the Arsenal half and out wide by the touchline.

One swing of his right foot later, Zaragoza are champions and he need never buy a drink in Spain or certain sections of London again.

Finally, we come to what is probably the sweetest of all the halfway line goals.

The technique on this strike is second to none. Sure it’s a bit satisfying to see Manuel Neuer get his comeuppance after this bit of showboating but seriously, has anyone ever caught a ball so sweetly?