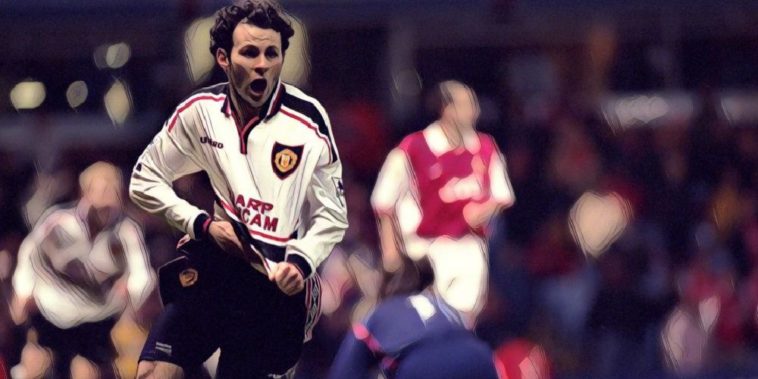 One of the most eagerly anticipated weekends on the football calendar is upon us as we prepare for the FA Cup semi-finals, the final four teams all dreaming of securing a place in the Wembley final.

Whilst some will argue the competition has lost some of the allure of yesteryear, there remains a romanticism about world football’s oldest domestic tournament and Leicester, Southampton, Chelsea and Manchester City will all be hoping it’s their name engraved on the famous trophy.

Throughout the ages we’ve seen some classic cup encounters in the last four and we’ve decided to revisit some of the most memorable semi-final matches from the past 25 years.

Here are five of the best FA Cup semi-finals of modern times.

Neither side had ever reached this stage and it was a fixture that would live long in the memory, a pulsating clash that saw six goals shared, two penalties, a red card and a controversial disallowed goal.

Chesterfield threatened to cause a huge shock after racing into a two-goal lead, goals from Andy Morris and young man named Sean Dyche putting the lower league side in dreamland after Vladimir Kinder had been sent off for Middlesbrough.

Fabrizio Ravanelli and Craig Hignett’s penalty brought the Premier League side back level, either side of a disallowed Jonathan Howard effort for Chesterfield – not given despite appearing to cross the line.

It looked to be Middlesbrough’s day after Gianluca Festa scored to make it 3-2 in extra-time, only for Chesterfield’s Jamie Hewitt to rescue a replay in the very last minute with a dramatic equaliser.

Middlesbrough progressed to the final following a 3-0 win in the second meeting, but Chesterfield’s plucky underdogs proved to be the story of the FA Cup’s season.

One of the most dramatic and memorable FA Cup semi-finals of all time, English football’s dominant forces collided as Manchester United went toe-to-toe with Arsenal at Villa Park in 1998/99.

Arsenal had been crowned as domestic double winners the previous season to threaten United’s early dominance of the Premier League, the two sides again contesting the biggest prizes in a gripping following campaign.

Unable to be separated after a goalless draw in their first semi-final showdown, they met again three days later in a classic cup clash.

The momentum then swung towards the north Londoners after Roy Keane was sent off for a second yellow card, a late challenge on Marc Overmars seeing the Irishman dismissed and United reduced to 10.

It looked as if Arsenal would be heading back towards a second successive FA Cup final after Phil Neville brought down Ray Parlour in stoppage-time, but Peter Schmeichel saved from Bergkamp to force the clash into extra-time.

But then came a moment that is etched into FA Cup folklore, Ryan Giggs intercepting Patrick Vieira’s wayward pass inside his own half before scoring one of the greatest individual goals in cup history.

The winger slalomed his way through a succession of Arsenal defenders before lashing home a stunning winner, an iconic goal followed by an equally memorable celebration as Giggs twirled his shirt over his head in jubilation.

United were through to the final and would also pip Arsenal to the Premier League title, completing a league, cup and Champions League treble in English football’s most celebrated season of success.

A last four encounter between two underdogs, Hull City and Sheffield United played out a thriller after meeting in an all-Yorkshire semi-final in 2014.

Third tier Sheffield United had beaten two Premier League opponents on their way to Wembley and threatened another upset against Hull after taking the lead through Jose Baxter.

Yannick Sagbo levelled the scores three minutes before the break, only for the Blades to respond instantly to take a half-time lead as Stefan Sougall turned home.

Hull turned the game around early in the second period, however, with substitute Matty Fryatt equalising four minutes after the break before Tom Huddlestone’s solo strike and Stephen Quinn’s header put the Premier League outfit in control.

Jamie Murphy’s goal made it 4-3 to set up a tense finale as the Blades threatened to force extra time, though David Meyler’s goal assured Hull’s passage to a final meeting with Arsenal.

Hull made their presence felt again in the showpiece after taking an early two-goal lead at Wembley, but fell to an agonising defeat as Aaron Ramsey’s extra-time winner sealed a 3-2 win for Arsenal.

Breathless end-to-end football in a classic cup tie featuring two London rivals at Wembley, Chelsea came out on top following a six-goal thriller with Tottenham in 2017.

Son Heung-Min’s clumsy challenge allowed Willian to score a second from the penalty spot, before Dele Alli restored parity early in the second half after ghosting in behind to slam home Eriksen’s exquisite pass.

Chelsea were in need of inspiration and turned to Eden Hazard off the bench, the Belgian proving to be the match-winner after drilling a low effort into the corner from just outside the box to put the Blues ahead for a third time.

Nemanja Matic’s stunning hit from distance crashed in off the crossbar to ensure victory for Chelsea, a thumping strike from the Serbian midfielder which gave Hugo Lloris no chance.

Nothing quite beats a stirring comeback when it comes to drama and Watford’s turnaround against Wolves remains one of the best semi-final fight-backs this century.

Wolves looked on course for a first FA Cup final appearance in almost six decades after leading the contest 2-0 with just 11 minutes remaining, goals from Matt Doherty and Raul Jimenez all but assuring the club’s place in the showpiece.

Gerard Deulofeu’s brilliant goal offered the Hornets hope as the minutes ticked towards full-time, before Troy Deeney’s 94th-minute penalty sent the game into extra-time after the forward was brought down by Leander Dendoncker with just seconds remaining.

Deulofeu’s second completed the comeback in the added period as Watford came back from the brink to seal a final clash with Manchester City, only for Pep Guardiola’s side to register the joint-biggest win in the final with a 6-0 rout to complete a domestic treble.

Read – Picking each ‘big six’ club’s Player of the Season