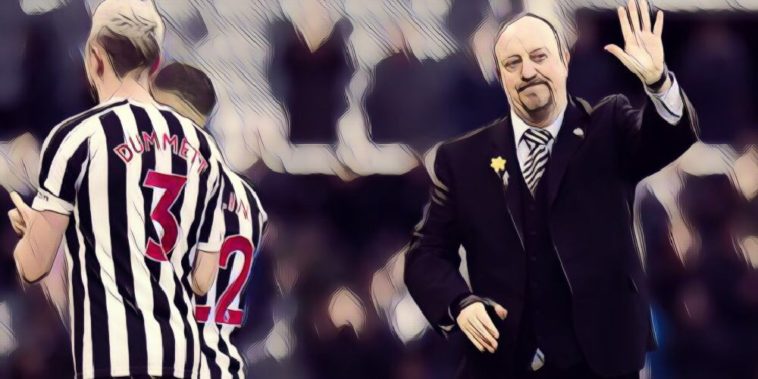 Rafael Benitez says his side ‘deserve’ to win after watching Newcastle come from behind to beat Everton and earn a fifth consecutive home win.

Goals from Dominic Calvert-Lewin and Richarlison had given the visitor’s a 2-0 half-time lead at St James’ Park, but Newcastle hit back through Salomon Rondon before Ayoze Perez’s late brace sealed a memorable comeback victory.

“Normally I say to the players ‘we have to stay calm’ at half time, ‘we have to score one goal’ and get back into the game,’’ Benitez told Sky Sports.

“In the first half we had chances to score but they scored two goals.

“We changed the shape of the team – with [Matt] Ritchie on the right and four at the back.

“We were winning more second balls in the second half.

Benitez was full of praise for goalscorer’s Rondon and Perez, hailing the latter’s contribution with a comparison to Barcelona superstar Lionel Messi.

“This team is important. The link between Ayoze Perez and Salomon Rondon, if Messi was doing that everybody would be talking about the goal,” the Spaniard added.

“The players deserve to win these five games [in a row at home].”