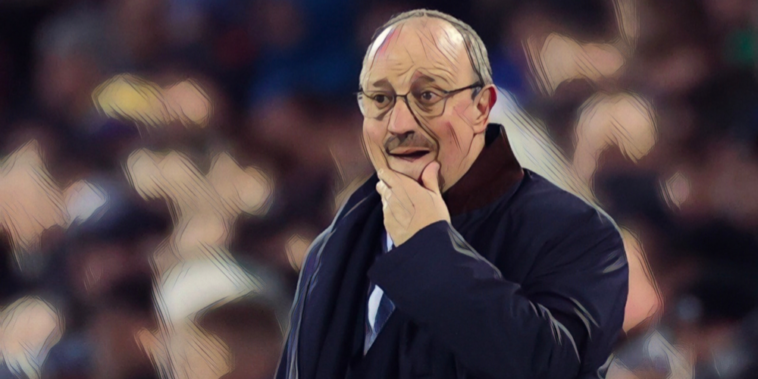 In a breathless opening few minutes, the in-form visitors twice squandered the chance to take the lead, centre-back Joel Matip first inexplicably heading wide after having been afforded the freedom of the penalty area, before Mo Salah then uncharacteristically poked over from close range.

The Egyptian international then saw an effort well kept out by Jordan Pickford just moments later as the beleaguered hosts struggled to get going, before Jurgen Klopp’s side eventually took a well-deserved lead on nine minutes following a delightful curling strike from Jordan Henderson – the Liverpool skipper having seen a late winner denied by VAR in this fixture last term.

It quickly went from bad to worse for the Toffees as Salah made it 2-0 inside the opening 20 minutes with a typically ruthless finish on the counter, after an excellent threaded pass from Henderson, albeit with the opposition defending leaving a lot to be desired.

There had been rumblings of discontent in recent weeks among home supporters following their seven-game winless run, with the mood souring even further following that dismal start to proceedings, Benitez’s men looking shell-shocked against their dominant rivals.

Facing yet another defeat on home soil in this fixture, the hosts conjured up a response through the lively Demarai Gray to spark hope of a comeback, as the game began to descend into petty squabbles and feisty challenges in-keeping with the nature of the derby.

Any potential fightback was effectively extinguished on the hour mark, however, as Salah netted his second of the evening, the 29-year-old taking advantage of a mistake by Seamus Coleman on the halfway line and racing clear, before coolly slotting past Pickford, who could have perhaps done better.

Three soon became four as Diogo Jota then netted in stunning fashion, the Portugal international producing an exquisite turn to get past Allan inside the area before lashing home from the angle for his fourth goal in his last three league games.

That proved to be the end of the drama as the Reds maintained their impressive start to the campaign, while for their Merseyside rivals the wait for a home win in this fixture goes on, the last having come back in 2010.

After suffering their biggest home defeat in the Merseyside derby in 39 years – and seeing their Premier League winless run extend to eight games – Everton boss Benitez admitted that costly ‘mistakes’ had proved his side’s undoing.

“I think anyone who could see the game we made too many mistakes and when you do that against a top side you pay for it,” he told Amazon Prime Sport.

“The fans at the beginning were pushing and after we scored the atmosphere was really good. Then the second half we started on top but then another mistake changed the game.

“We are talking about key players missing and maybe these key players are very important for the rest of the group to play at the level they can play.

“It is always bad to lose but when you lose to a team that has spent so much money and have so many good players sometimes it is because you make a mistake and the other team is quite good.”

That result leaves the Toffees in 14th and just five points clear of the drop zone, albeit with the Spaniard not contemplating getting dragged into a relegation battle.

“No. I still have confidence the team will do well. We need to bring players back and we will be as strong as we were at the beginning.

“We need to learn we cannot make these types of mistakes.”

Everton will be seeking to end their winless run when they take on Arsenal on Monday night.

Read: Remembering the Everton XI that famously beat Liverpool at Anfield in 1999