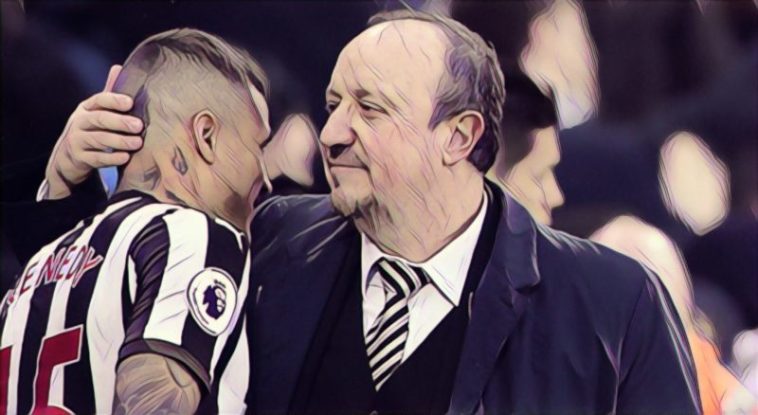 Newcastle manager Rafael Benitez has come to the defence of Kenedy, saying the Brazilian knows he can improve on recent performances.

The 22-year-old, on-loan from Chelsea, has struggled with a positional change following Benitez’s move to a back five, having been moved to wing-back from his more familiar left-wing role.

Despite Newcastle’s 1-0 win at Huddersfield at the weekend, the Brazilian struggled in the new role but Benitez has defended his young star.

“I think he knows that he is not playing at the level he can play. But don’t forget that he is an offensive player who we are playing as a wing-back in a defensive formation — sometimes he was defending two against one.” Benitez said in quotes carried by the Chronicle.

“So we have to think that he has to adjust, he has to learn, and these kind of games will be a good experience for him.

“It was not easy for him because, tactically, it was a strange game. Not too many people have seen that, but Huddersfield started with five at the back and, as soon as they saw we were playing with five, they changed to four.

“He had to deal with the distance and maybe two players coming at him. Tactically, for a player who is normally an offensive player to adjust his position in defence, it was not easy.”