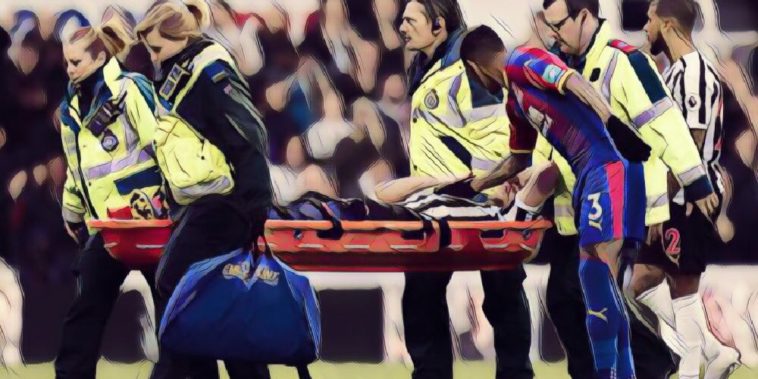 Rafael Benitez was unsure of the severity of Florian Lejeune’s knee injury, although he admitted that it ‘looks bad’.

The Frenchman was stretchered from the St. James Park turf midway through the second half of Newcastle’s 1-0 defeat to Crystal Palace after suffering a nasty looking injury to his left knee.

Speaking after the game, the Newcastle boss said that while he was waiting for a proper assessment from a doctor, he did suggest that he isn’t expecting positive news.

“We don’t know. He had a problem with the right knee at the start of the season and this was the left knee,” he told BBC MOTD.

“We will have to see what the doc says but it looks bad. We knew if we won this game we would perhaps be safe but we didn’t get it so we have to keep going.”

The Magpies lost thanks to a solitary goal from penalty expert Luka Milivojevic, who tucked away yet another spot-kick after Wilfried Zaha was brought down in the box by DeAndre Yedlin.

While Benitez thought that his side created a few chances, they failed to control the Eagles’ counter-attacking threat

“Big disappointment because we had a lot of chances and lots of shots on goal but this is sometimes the kind of game you cannot win but it is important not to lose.

“The most difficult one is the final third. We pushed and we attacked but we didn’t control the counter-attack the way we should have done.