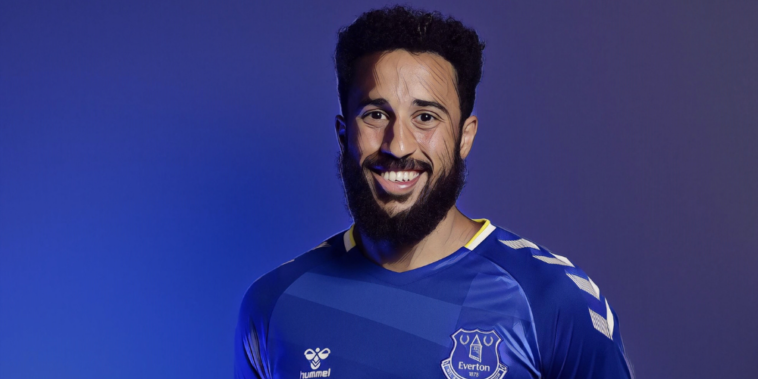 Rafael Benitez has explained his desire to bring Andros Townsend to Everton following the free transfer signing of the winger.

Townsend has signed a two-year deal on Merseyside after leaving Crystal Palace this summer, the 30-year-old reuniting with Benitez following a brief spell playing under the Spaniard at Newcastle.

The summer signing impressed during a 45-minute cameo as Everton beat Colombian side Millonarios 10-9 on penalties in the pre-season Florida Cup, with fellow new recruit Asmir Begovic proving decisive in the shoot-out success.

Benitez has now discussed his desire to sign Townsend this summer and has hailed the star’s attributes, believing the winger can bring both quality and work-rate to the flanks for Everton.

“He’s someone who I know from my time at Newcastle,” he told evertonfc.com. “He’s a player with quality.

“I was checking his fitness stats, too, and he was one of the best players in the Premier League in terms of work-rate.

“We have a player who can give us something more because he has the desire and he’s in a position that the team needed. I think he can do well for us.”

Benitez also praised the leadership skills Townsend brings following a low-profile move to Merseyside, admitting the summer signing’s qualities cannot be bought as he bids to reshape his squad at Goodison Park.

“It’s another thing we are trying to find – and it’s not easy. Luis Aragones, the Spanish coach, was saying you cannot buy this leadership, this characteristics on the fifth floor of… John Lewis, I will say here – in Spain it’s another shop!

“It’s true – you try to find these players, you try to create these characteristics and spirit inside. It’s one step in the right direction at the moment and it’s too early but you can see the reaction of the team in the second half, which was quite positive.“