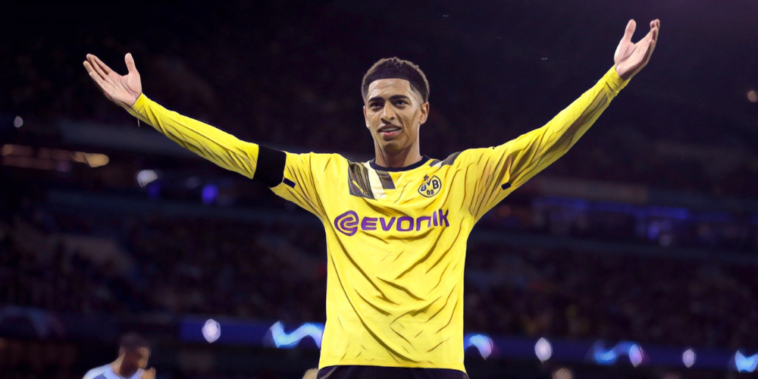 Jude Bellingham will turn down the chance to return to England in favour of a move to Real Madrid, according to reports in Spain.

Real Madrid have made Bellingham their top target for the summer transfer window, but face competition from host of Premier League clubs for the Borussia Dortmund midfielder.

Liverpool, Manchester City and Manchester United are all interested in the teenager, but AS are reporting that Bellingham has chosen a move to the Bernabeu.

The 19-year-old turned down the chance to move to the Premier League before signing for Dortmund from Birmingham City in 2020 and is reportedly keen to continue his career on the continent.

Real Madrid want to add Bellingham to their talented midfield and hope his preference for a move to the Bernabeu can help the club avoid a bidding war with Premier League sides.

The Spaniards are expecting to pay a fee of around €120m for the England international and have a strong relationship with Dortmund following a number of deals between the clubs in recent windows.

Real Madrid want Bellingham to add to the overhaul of their midfield, where he would join the likes of Fede Valverde (24), Aurelien Tchouameni (22) and Eduardo Camavinga (20).

Toni Kroos is out of contract at the end of the current campaign, while fellow veteran Luka Modric is expected to leave in 2024 after a decorated career with the club.