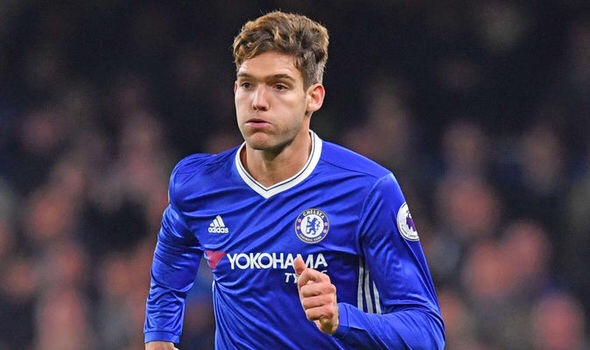 Barcelona want to sign Chelsea left back Marcos Alonso according to reports in Spain.

Spanish publication Mundo Deportivo claim that Alonso is one of Barcelona’s main targets this summer after he has enjoyed a fantastic season for Chelsea, which has culminated in them winning the Premier League.

Alonso only moved to the Premier League Champions last summer, completing a €27m deal from Serie A club Fiorentina.

He has since gone on to excel down the left for the Blues, operating as a left wing-back, making 32 appearances and scoring six goals.

However this form has seen him attract attention from Barcelona, who are still looking to find the ‘next Eric Abidal’.

Jordi Alba has been linked with a move away from the club after seeing his game time limited.

Despite being happy at Chelsea, Alonso is aware that a move back to La Liga would give him a greater visibility to the Spanish national team in time for the 2018 World Cup in Russia.

However, Chelsea are reluctant to sell their new signing after just one season.

Will Alonso stay in West London? Will he return back to Spain? Let us know your thoughts below.