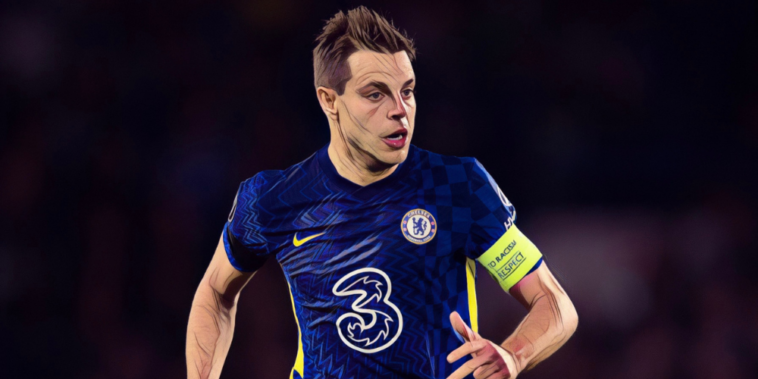 Barcelona are set to accelerate talks to sign Cesar Azpilicueta from Chelsea, with the two clubs in negotiations over a deal for the defender.

Azpilicueta is open to a return to Spain after a decade in west London and Barcelona are preparing a new round of discussions with Chelsea in order to agree a deal.

Fabrizio Romano is reporting that Barcelona want to ‘speed up’ talks as the Catalans look to add the experienced full-back to their squad, who has agreed personal terms on a two-year deal at the Camp Nou.

Azpilicueta signed for Chelsea from Marseille in 2012 and has since made 476 appearances in all competitions for the Blues, winning nine trophies including two Premier League titles and the Champions League.

Barcelona and Chelsea are in direct contact with new round of talks now scheduled to discuss about César Azpilicueta. Barça want to speed up the negotiation. 🚨🔵🔴 #FCB

Azpi, waiting for club’s agreement as Barça contract proposal is into his hands since March: deal until 2024. pic.twitter.com/okDgo5ANHV

Mundo Deportivo are reporting that Azpilicueta will provide an experienced replacement for Dani Alves, while Chelsea will allow the defender to depart for a reasonable fee give his service at Stamford Bridge.

A fee of around €5m has been reported for Azpilicueta, who has a year remaining on his current contract with the Blues.