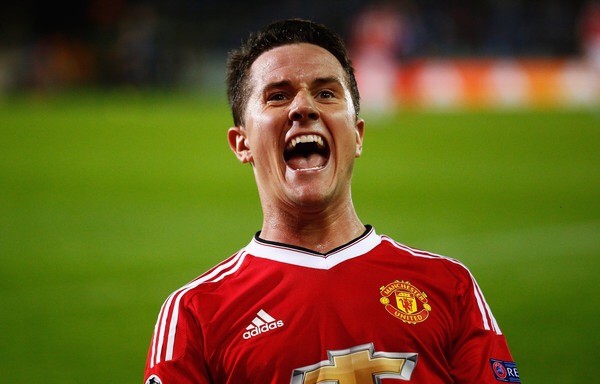 Barcelona are to make a summer transfer move for Manchester United midfielder Ander Herrera according to reports in Spain.

Spanish newspaper Sport have front page news that incoming Barcelona boss Ernesto Valverde has made the former Athletic Club Bilbao star one of his top priorities this summer.

Valverde, for who Herrera played under at Athletic Club, has announced earlier this week that he will finally leave the Basque club, with it widely expected that he will replace Luis Enrique at the Nou Camp this summer.

Enrique announced earlier this season that he would not be renewing his contract at the club, following a disappointing season that has seen the Blaugrana finish second in La Liga and be knocked out of the Champions League in the quarter finals.

Should Valverde move to Barcelona, he has the unenviable task of rebuilding the clubs once fearsome and devastating midfield. However, since the departure of Xavi, and the imminent departure of Andres Iniesta, the clubs options in the centre of the park look limited.

Herrera is seen as an ideal candidate to start strengthening the Barcelona midfield.

Herrera was signed by Manchester United back in 2014 in the wake of David Moyes’ departure. He was in and out of the Manchester United side under Louis van Gaal, but his combative and energetic style has seen him be one of Jose Mourinho’s most important players.

Following Manchester United’s Europa League victory over Ajax on Wednesday night, Jose Mourinho has made it one of his top priorities to tie Herrera down to a new deal at Old Trafford, a game in which the 27-year-old was named Man of the Match.

How important is Herrera to Manchester United? Would he improve Barcelona’s midfield? Should Herrera be United’s next captain? Leave us a comment below.