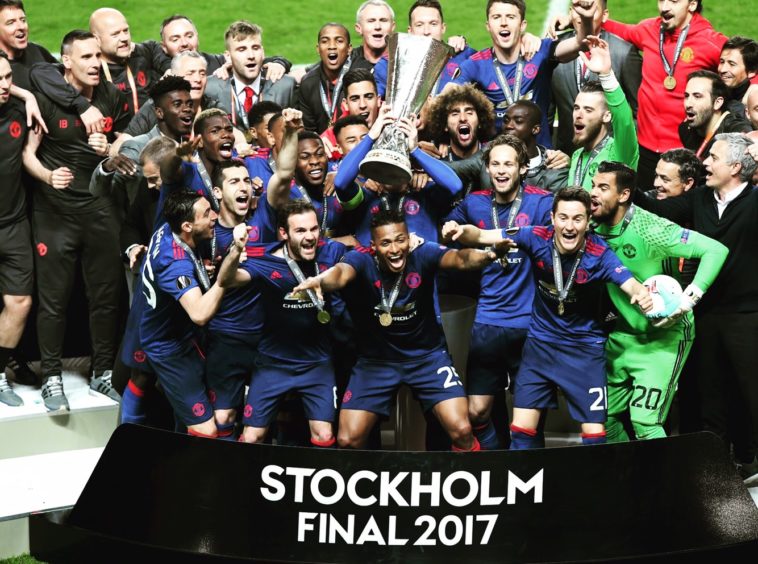 Manchester United beat Ajax 2-0 in the Europa League final to win their third trophy of the season and earn qualification for the group stage of next seasons Champions League.

It was not the most entertaining of games given the hype that was given to Ajax in the build up to the game. While Manchester United set up as expected, allowing Ajax to have the ball but looking to attack on the counter with the pace of Rashford and relying on that compact shape.

United got off to a good positive start. A dangerous ball into the box from Juan Mata caused chaos in the Ajax box, it eventually fell to Paul Pogba but his shot was wide of the goal.

In the opening exchanges of the game Ajax were struggling to gain a foothold in the game. It was due to the collective press of Manchester United, putting that young Ajax team under pressure from the off, forcing them into mistakes.

Ajax’s first chance of the game came after a good spell of possession for the Dutch team. Younes dribbled with ball on the left hand side, his clever chipped pass found Bertrand Traore in the United box but Traore’s shot was hit straight at Sergio Romero.

The breakthrough in the game came for United. Paul Pogba had the ball on the edge of the box and unleashed a shot at goal, the shot was deflected of Ajax’s Sanchez and flittered past Onana in goal to give Mourinho’s men the lead in the final.

Ajax were notably static in the first half with a real lack of movement and no penetration in their passing. Apparently Louis van Gaal had been advising Ajax in the run up to this game, it was certainly showing going of that first half showing from Ajax.

The second half got off to the dream start for United. A corner to the reds was headed on by Chris Smalling to Henrik Mkhitaryan who flicked the ball past Onana to double United’s lead and send the fans into raptures. United had one hand on the trophy at this point.

Ajax passed and passed for the rest of the game but could not produce anything to trouble the Manchester United defence. Clearly the young players of Ajax froze on the big occasion but the result of this final was not down to that, it was down to Jose Mourinho’s tactics which were perfect.

Manchester United could have got more goals if not for the impeccable defending of the two Ajax centre backs, de Ligt and Sanchez, the latter was the real standout Ajax player in the game. A 20-year-old playing with maturity far beyond his years, an incredibly impressive player.

Critics will still find stones to throw at Manchester United for their season but at the end of the day, no other English team has won three trophies this season and qualified for the Champions League.

The final whistle sparked scenes of emotion and celebration from the United players and staff. Jose Mourinho the most emotional he’s been since the Champions League win with Inter in 2010. It clearly meant a lot to the United manager to win this trophy in his dream job and he certainly made a point of letting the critics know how many trophies he has won this season, and rightly so.

The serial winner has delivered again and met his objectives for his first season at Old Trafford.

However, Mourinho and his team also delivered the trophy for the city of Manchester and brought a little light to the city after it was struck with such darkness.