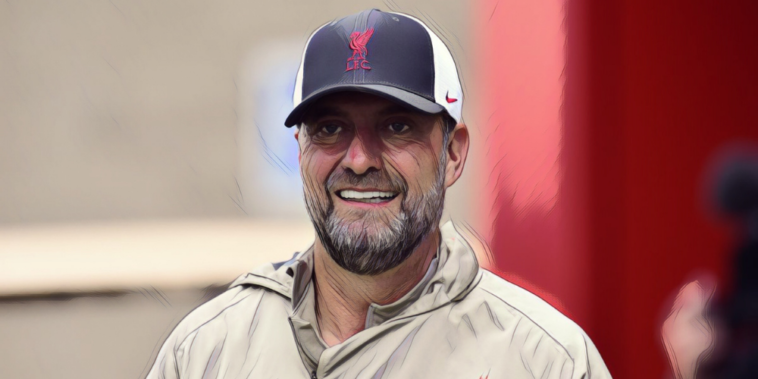 Barcelona ‘dream’ of appointing Liverpool boss Jurgen Klopp as the club’s next manager, though are not optimistic about their chances of hiring the German.

The Spanish side are in the midst of transition and have endured a difficult start to the season under Ronald Koeman, winning just four of their opening nine league fixtures after last weekend’s El Clasico defeat to Real Madrid.

Koeman retains the backing of the Barcelona board for now, but changes could arrive at the season’s end with the Dutchman out of contract in 2022.

Sport are reporting that Barcelona are keen to appoint a leading manager and that Klopp is the ‘dream’ target for the club’s board, but acquiring the 54-year-old looks unfeasible given the length of his Liverpool contract and contentment at Anfield.

Klopp’s current deal expires in 2024 and he will have been in charge on Merseyside for almost nine year at the expiry of that contract, and has already expressed his desire to take a sabbatical following his departure from Anfield.

Thomas Tuchel is another manager who Barcelona admire, but is again tied to a lengthy contract at Chelsea and a seemingly unrealistic target at present.

The Catalans are seeking a manager who can oversee the dressing room and who possesses the ‘tactical ability’ to get the most out of an underperforming squad, with Xavi another name mentioned as a potential successor to Koeman.

Xavi is currently in charge of Qatari side Al Sadd and the former Barcelona midfielder is amongst the club’s thoughts as the Catalans bid to navigate a turbulent period.