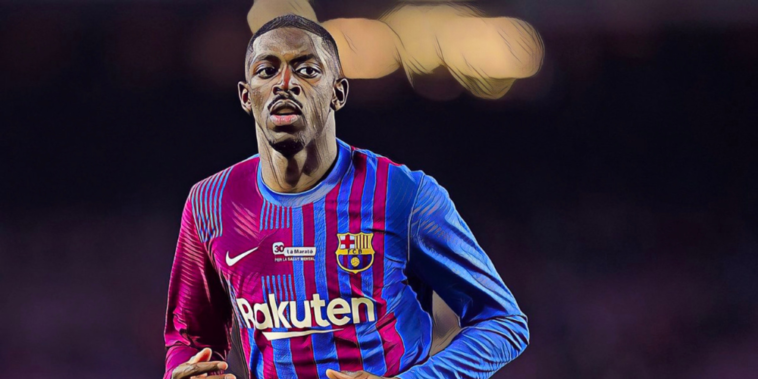 Barcelona have asked Ousmane Dembele to delay a decision on his future as the club look to raise funds to keep the winger.

Dembele is out of contract at the end of this month and has turned down Barcelona’s most recent proposal, with a number of clubs preparing to sign the France international on a free transfer.

Sky Sports are reporting that Barcelona are desperately trying to raise the funds required to present a new offer to Dembele, including a plan to generate more income by selling a percentage of two of the club’s assets – in merchandising and TV rights.

The proposal was approved by the club’s general assembly last week and the Catalans are hopeful Dembele will stall on making a decision on his future.

Chelsea, Paris Saint-Germain and Bayern Munich are all monitoring the situation of the 25-year-old, who finished as La Liga’s leading assist provider in 2021/22.

Funds will not immediately be received from the sale of Frenkie de Jong, however, with Barcelona keen to delay his anticipated exit to Manchester United until alternative income arrives.

The Spaniards are currently working under restrictions and are only able to invest a third of revenue generated from player sales and saved wages back into the squad.

Barcelona are hopeful that the income raised will ease La Liga’s restrictions with ambitions to raise around €500m (£430m) and reduce the club’s spiralling debt.