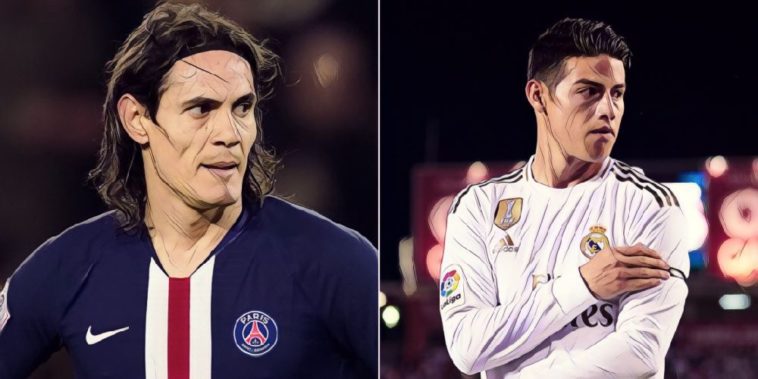 Guillem Balague has discussed potential marquee arrivals at Newcastle and has suggested the club are interested in deals for Edinson Cavani and James Rodriguez.

Newcastle are nearing a proposed takeover by Saudi-backed consortium PCP Capital Partners, in a deal which will catapult the club into the financial elite should it receive Premier League approval.

The impending takeover has led to a host of leading names being linked with a potential move to St James’ Park, including former Tottenham manager Mauricio Pochettino and Real Madrid’s Gareth Bale.

Spanish football expert Balague has dismissed the notion that Bale could return to the Premier League, claiming he is ‘not interested’ in a summer move to Newcastle, but believes the Magpies have a greater chance of convincing teammate Rodriguez and out-of-contract Paris Saint-Germain forward Cavani into joining their exciting new project.

“That’s the story basically, that Bale is not interested in going to Newcastle,” said Balague on his YouTube channel.

“There are other players like (Edinson) Cavani, finishing contract, James (Rodriguez), who Real Madrid want to get rid of, that they may be able to convince. They will have to be clever about how they use that money.

“They could get James on loan, Real Madrid would be happy to do so if they paid most of his wages. Cavani, if you get someone like that then you’re talking serious business. Not massive financially for the reasons I’ve told you, Financial Fair Play.”