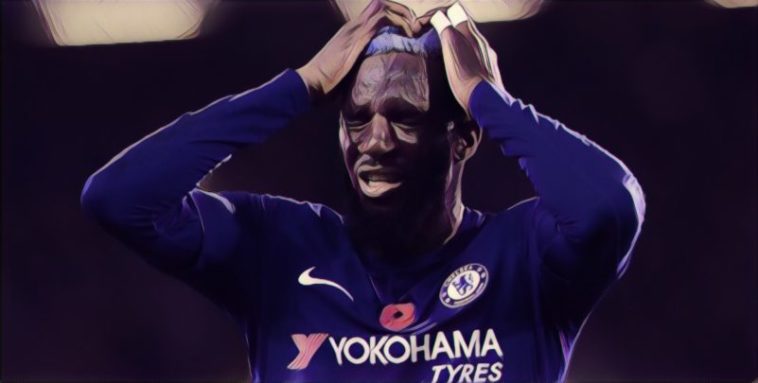 To say Tiémoué Bakayoko has not been good since his £40 million move from Monaco to Chelsea last summer, would be something of an understatement.

The France international has been widely criticised by fans and pundits for most of this season, and after his horror show of a performance last Monday night during The Blues humiliating defeat to Watford at Vicarage Road, it’s hard to conclude anything but the fact that his move to Stamford Bridge has been anything but an unmitigated disaster.

It was like his whole Chelsea career thus far was summed up in 30 shocking minutes of awkwardness and incapability.

Watford obviously targeted the former Monaco man as The Blues weak link, and he obligingly coughed up possession time and time again, to set the home team up for dangerous counter attacks.

As I pointed out during our player ratings after Monday night’s fixture, the 23-year-old displayed an inability to pass, control the ball or tackle, none of which are much of a benefit to any team in the Premier League, let alone the reigning champions.

On the half hour mark he was given his marching orders by referee Mike Dean for his second yellow card to cap one of the worst midfield displays in living memory.

In all honesty neither of the tackles that resulted in Bakayoko being booked were bad tackles as such, with both challenges resulting from a over eagerness to win back the ball after a poor first touch under pressure had coughed up possession in the first place.

Neither tackle was dirty, they were just clumsy, which is probably the best way to describe the midfielder after 35 games in a Chelsea shirt.

Sadly for Bakayoko this was not the first time he has struggled this season, and his complete lack of tactical awareness has even left the normally unflappable N’Golo Kante looking a shadow of his normal self in the middle of the park.

The 23-year-old burst onto the scene last season, as part of the Monaco side that was so impressive during their run to the Champions League last four.

However, signs of his lack of tactical intelligence were already shining bright during the French sides 2-0 first-leg semi-final defeat to Juventus. Tasked with the defensive midfield role that night, Bakayoko allowed the Italian side’s danger man Pablo Dybala the freedom of the State Louis II to pick apart his side at will.

For those who say at 23 the France international may just be experiencing teething issues upon his arrival in England, I’m sorry few players ever recover from the kind of disastrous form Chelsea’s most expensive midfielder ever, has produced so far this season.

Of course, some players take time to acclimatise to the pace of the Premier League, but this fella is so far off it, he’s in a different post code.

Chelsea manager Antonio Conte is certainly not short of blame, as it is he who is continually picking the central midfielder despite his obvious shortcomings, and his clear negative impact on his sides overall game.

So often in football theses days people obsess about the athletic ability of players, but as the case of Bakayoko proves, sometimes you can have all the physical attributes required to be a Premier League footballer, but if you lack the technical and tactical ability needed, you are simply not fit for purpose.