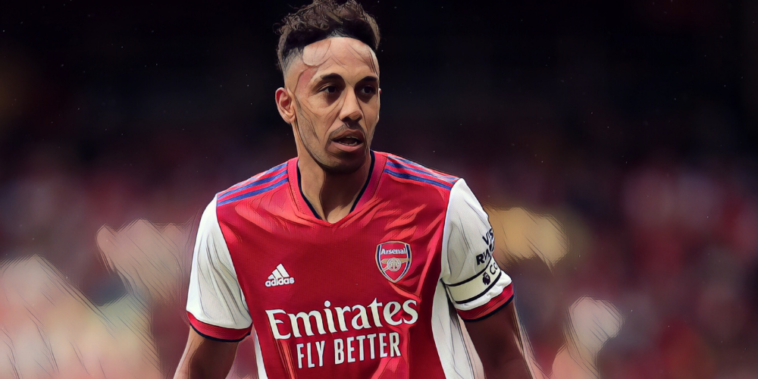 Pierre-Emerick Aubameyang is facing the prospect of being stripped of the Arsenal captaincy, following his latest disciplinary issue.

The Gabon international was omitted from the matchday squad for Saturday’s 3-0 win over Southampton, with manager Mikel Arteta revealing pre-match that the player had been left out following a ‘disciplinary breach’.

That has come amid what’s been a tricky spell for the 32-year-old, with the striker dropped from the starting XI for Monday’s defeat to Everton, having been replaced late on in the loss to Manchester United just a few days earlier as the Gunners were chasing an equaliser.

Some pundits – including club legend Thierry Henry – had suggested there could well be something brewing behind the scenes between the manager and his skipper, with that feeling only exacerbated by this latest infringement despite Arteta’s insistence last week that there is no ‘rift’ between the two.

According to Goal, Aubameyang’s future as captain is now in doubt following the recent incident, with it not the first time that the former Borussia Dortmund man has been on the receiving end of disciplinary action.

The player was dropped for the north London derby back in March having turned up late on the day of the game, while this latest omission reportedly came after he failed to report back to the club on time after having been given permission for a trip away.

As both captain and one of the senior figures in a largely youthful dressing room, he is likely expected to set an example for the rest of team, hence the uncertainty over his future with the armband.

As the report suggests, his future in general at the Emirates could also be in doubt due to both his off-field issues and his underwhelming form of late, while the team have shown they can more than cope in his absence.