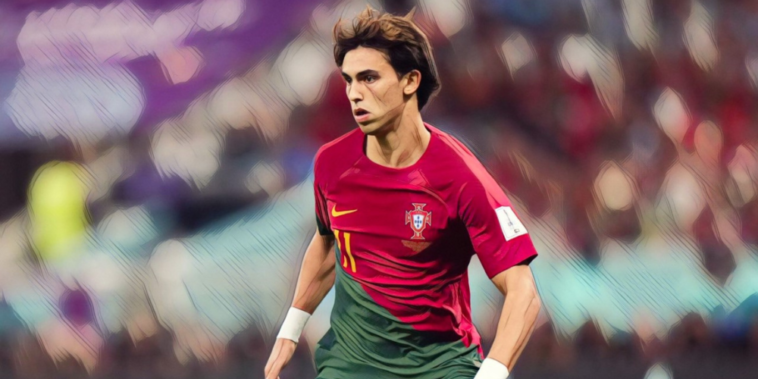 Atletico Madrid are willing to listen to offers for Joao Felix, with Manchester United among the clubs interested in a deal.

Felix has flattered to deceive since signing for Atletico Madrid in a stunning €127m deal from Benfica, with the forward having struggled for regular opportunities under Diego Simeone this season.

The 23-year-old has started just five league fixtures for Atletico and the Times are reporting that the Spanish side are prepared to cut their losses on the club’s record signing.

Atletico do not expect to recoup their record investment in Felix, but are confident that his encouraging performances at the World Cup will ‘serve as a reminder of his huge potential’.

Manchester United and Bayern Munich are interested in the forward, whose relationship with Simeone has deteriorated given his increasingly sporadic opportunities.

Barcelona are also interested but cannot afford a big-money deal, having seen a proposed a swap deal involving Antoine Griezmann turned down by Atletico last year.

Felix – who has scored 33 goals in 129 appearances for Atletico – has proven an awkward fit for Simeone’s pragmatic football and has struggled for consistency.